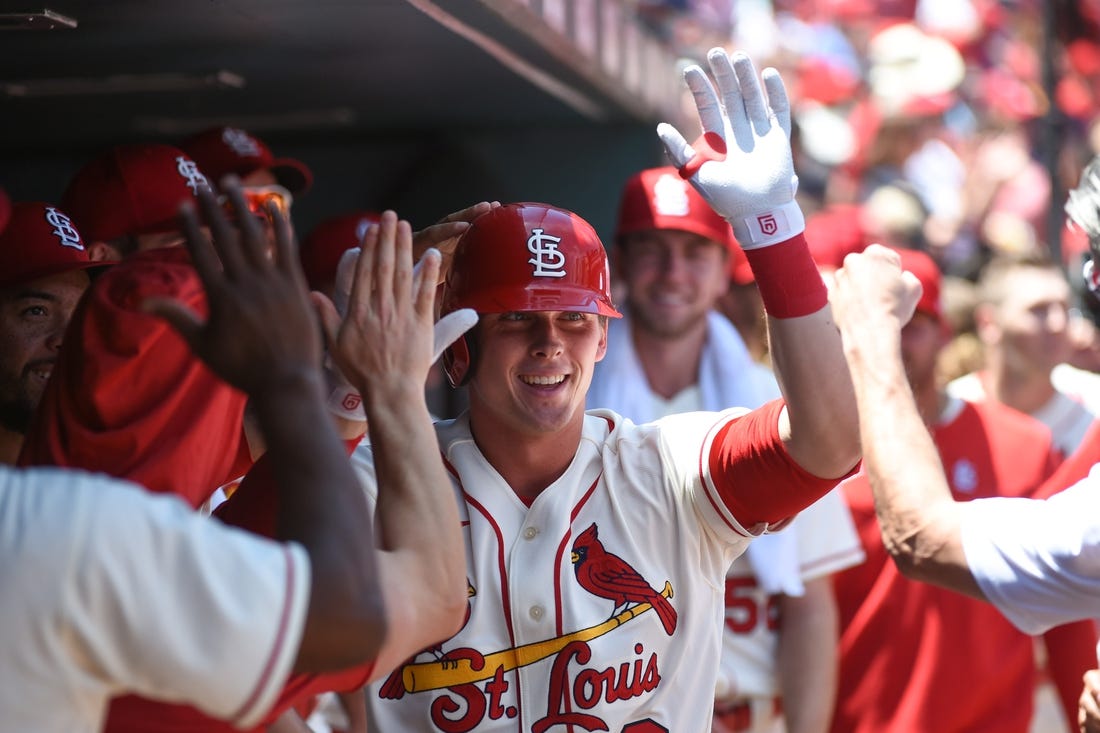 Nolan Gorman and Paul Goldschmidt each drove in four runs to power the St. Louis Cardinals past the visiting Milwaukee Brewers 8-3 on Saturday.

The second-place Cardinals won their second straight game against Milwaukee after losing the opener of the current four-game series and moved within 2 1/2 games of the National League Central-leading Brewers.

Gorman went 4-for-4 with his first career home run, a two-run double and a RBI single.

Goldschmidt went 3-for-4 with a three-run homer and an RBI single to extend his hitting streak to 19 games and his on-base streak to 33 games to set a career best.

Gorman’s childhood friend Matthew Liberatore (1-0) pitched five scoreless innings for the Cardinals to earn his first career victory. He held the Brewers to two hits and three walks while striking out six.

Gorman’s homer – a 449-foot blast over the right field bullpen – put the Cardinals up 1-0 in the first inning. It was St. Louis’ first home run of more than 430 feet this season.

Harrison Bader and Tommy Edman hit singles leading off the third inning for the Cardinals and Gorman lined a RBI single into right field for a 2-0 lead. Goldschmidt followed with his three-run homer to push the Cardinals’ advantage to 5-0.

The Brewers’ Tyrone Taylor walked and Mike Brosseau reached on an error to start the fourth inning, but Liberatore struck out the next two batters and got Mark Mathias to hit into an inning-ending grounder.

The Cardinals expanded their lead to 8-0 with three unearned runs in the bottom of the inning. Corey Dickerson walked, Edman reached on a two-out error, Gorman hit a two-run double and Goldschmidt followed with a RBI single.

Liberatore stranded runners at first and third base in the fifth inning by retiring Taylor on a flyout.

Keston Hiura put Milwaukee on the board with a solo home run against reliever Jake Woodford in the sixth inning.

Victor Caratini’s two-run homer for the Brewers off reliever T.J. McFarland in the ninth inning cut the deficit 8-3.