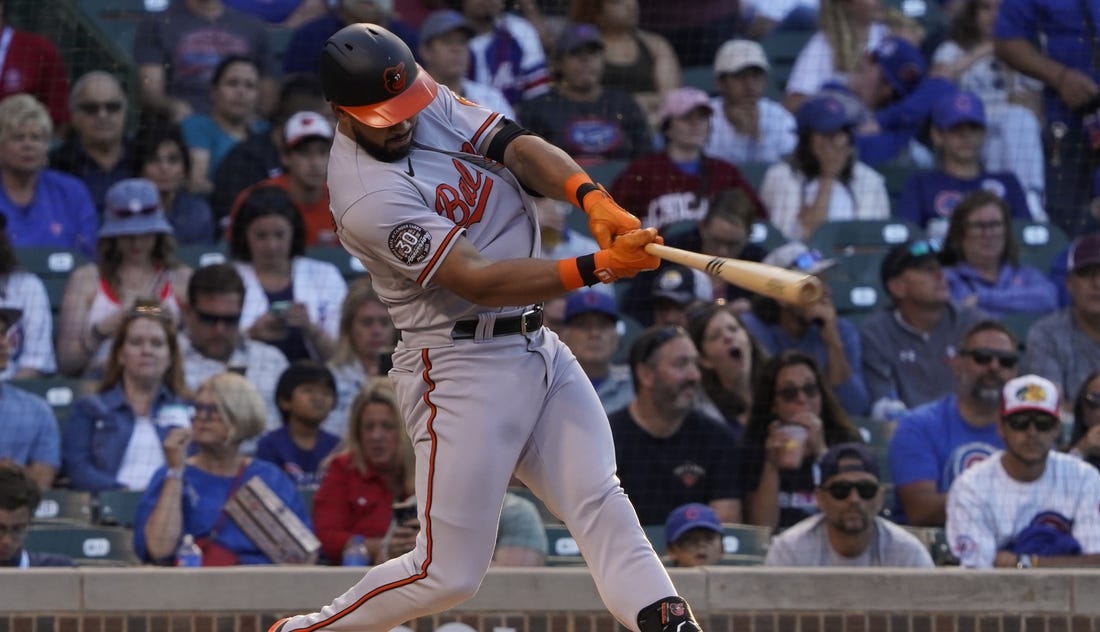 Anthony Santander hit a two-run double during a three-run first inning and the Baltimore Orioles beat the host Chicago Cubs 7-1 on Wednesday night for their 10th consecutive victory.

The winning streak is the Orioles’ longest since they had a 13-game run in 1999.

Austin Hays matched his career high with four hits and Spenser Watkins allowed one run over five innings as Baltimore moved above .500 for the first time this season.

Trey Mancini and Adley Rutschman each recorded run-scoring doubles and Rougned Odor added an RBI for the Orioles. At 45-44 and a winner in 21 of the last 30, Baltimore has a winning record this late in a season for the first time since early September 2017.

Watkins (3-1) was solid while yielding fewer than two runs for a fourth straight start. The right-hander yielded four hits and two walks while striking out five as Baltimore swept the brief two-game set.

Chicago got its lone run off Watkins in the fifth inning when Christopher Morel tripled and scored on Rafael Ortega’s sacrifice fly.

Back from the paternity list and making his first appearance since July 4, Justin Steele (3-6) allowed four runs (three earned) over the first two innings but settled down to last six frames and yield no more runs. He gave up six hits and a walk while fanning three.

Ian Happ had two of the six hits amassed by the Cubs, who have lost six straight following an 6-2 stretch.

Baltimore wasted no time getting to Steele. Cedric Mullins (two hits) opened the game with a single and went to third on Ryan Mountcastle’s one-out single. Both scored on Santander’s double for a 2-0 lead.

Santander, who has five RBIs in his past four contests, then scored on Happ’s error in left field off a single from Hays, who entered mired in a 3-for-42 slump.

The Orioles made it 4-0 on Mancini’s RBI double in the second inning. Run-scoring hits from Rutschman and Odor were part of a three-run eighth.