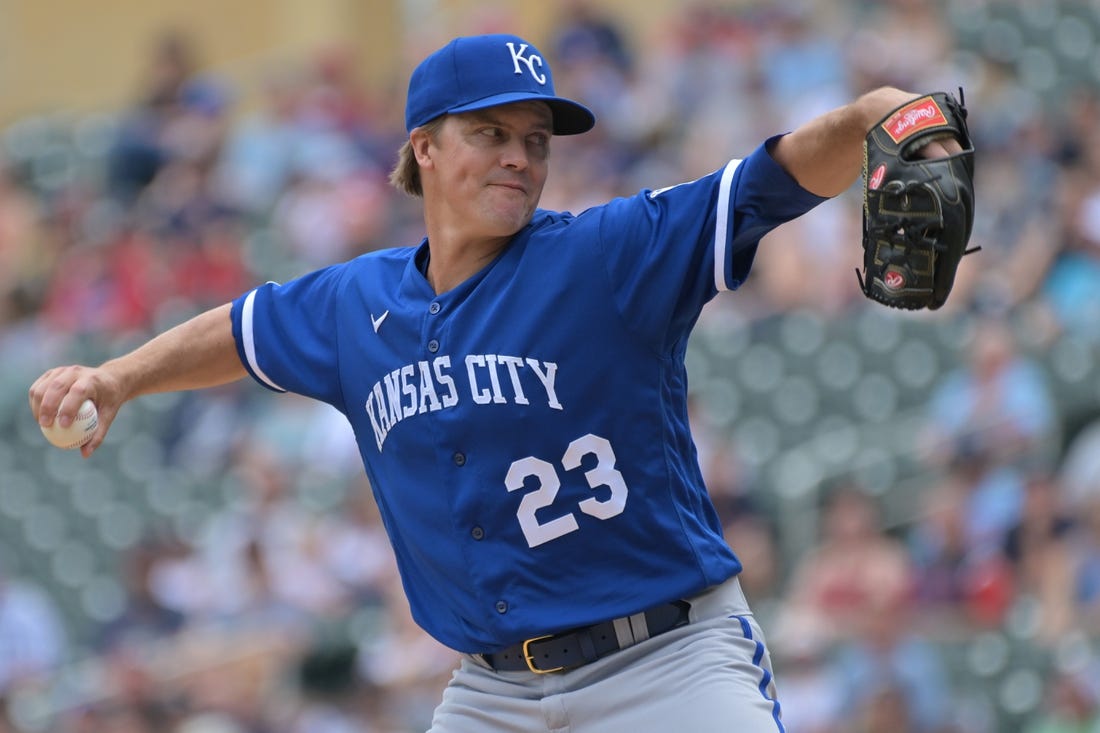 Kansas City Royals right-hander Zack Greinke was placed on the 15-day injured list with a strained pitching forearm prior to Monday night’s game against the Cleveland Guardians.

Greinke, 38, was bothered by tightness in the arm on Sunday when he served up three homers in a 7-3 loss to the Minnesota Twins.

“Any guy who has been around as long as he has, he kind of knows what he feels and knows what most likely will work,” Kansas City manager Mike Matheny told reporters on Monday. “We’re just trying to get ahead of it right now, just looks like it’s going to take a little time.”

Greinke, a six-time All-Star, is in the first season of his second stint with the team. He expressed concern after Sunday’s outing.

“It’s just been sore and tight for a little bit,” Greinke said. “(My) stuff just doesn’t seem very sharp at the moment. Last couple games, have given up home runs on pitches that guys have never hit. So that tells you that stuff isn’t sharp.”

Greinke won the American League Cy Young while with the Royals in 2009 as part of a seven-season stint (2004-10) with the club.