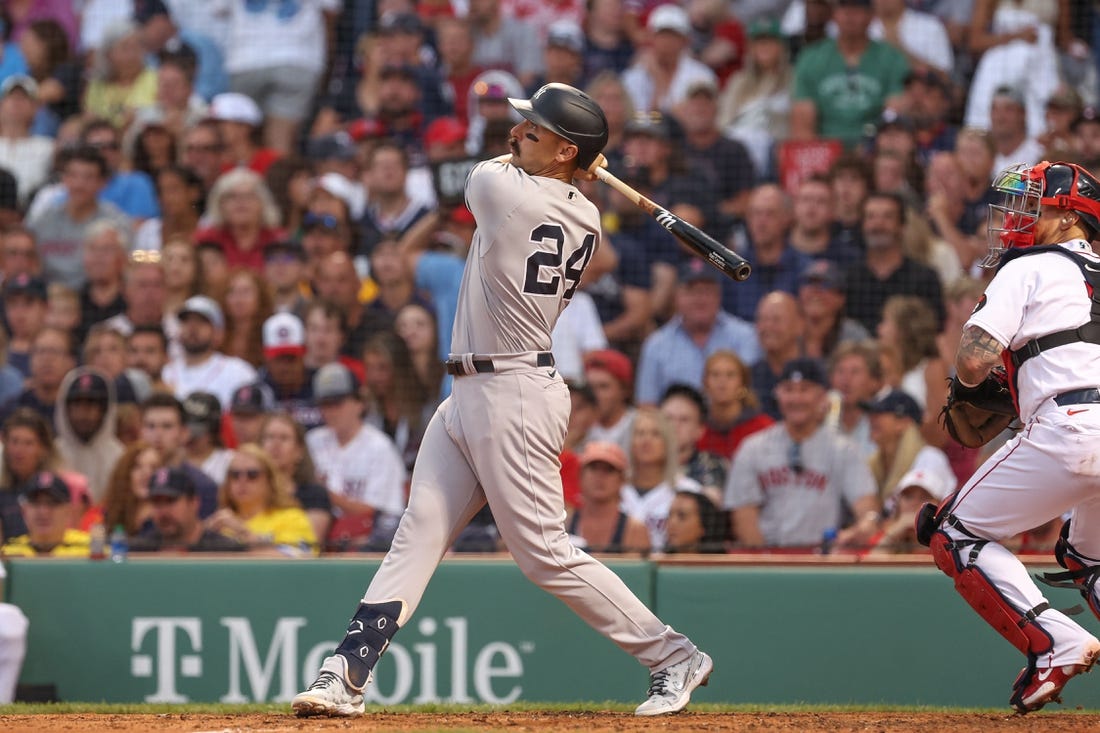 Story went 2-for-4 with three RBIs and three runs as one of four Boston players with multiple hits, as the Red Sox rallied for back-to-back victories to halve the four-game series.

Eight of Boston’s 11 runs came in the fifth through seventh innings.

Christian Vazquez, Alex Verdugo and Xander Bogaerts also had two hits for Boston, and Franchy Cordero, Vazquez and J.D. Martinez all homered for the Red Sox.

D.J. LeMahieu, Giancarlo Stanton, Matt Carpenter and Jose Trevino all had two hits for the Yankees. Stanton launched his 22nd homer of the season and drove in two runs. Carpenter also knocked in a pair of runs.

The Yankees got off to a fast start for the second time in three games, using Stanton’s two-run homer to right-center field to take a 2-0 lead in the first inning.

In the second, back-to-back walks came back to bite Pivetta as Trevino and Isiah Kiner-Falefa followed with RBI singles to raise the lead to 4-0.

The Red Sox sliced their deficit in half, however, in the bottom of the second, when Cordero followed Story’s fielder’s choice grounder with a two-out homer to center.

Both sides continued the home run parade in the third. Carpenter extended the Yankees’ lead to 6-2 with a two-run shot to right-center, but Vazquez got one back for Boston on a shot to left.

The Red Sox tied the score with three runs in the fifth, all with two outs. A double by Vazquez brought home Jackie Bradley Jr., and Martinez crushed the next pitch for a two-run homer to right-center.

A four-run seventh that started against Miguel Castro provided the Red Sox some breathing room.

Story’s bases-clearing double off the top of the center-field wall highlighted the frame, and the second baseman scored on Cordero’s sacrifice bunt and subsequent throwing error.

Yankees manager Aaron Boone was ejected for arguing a questionable strike three call on Stanton to end the top of the seventh inning.