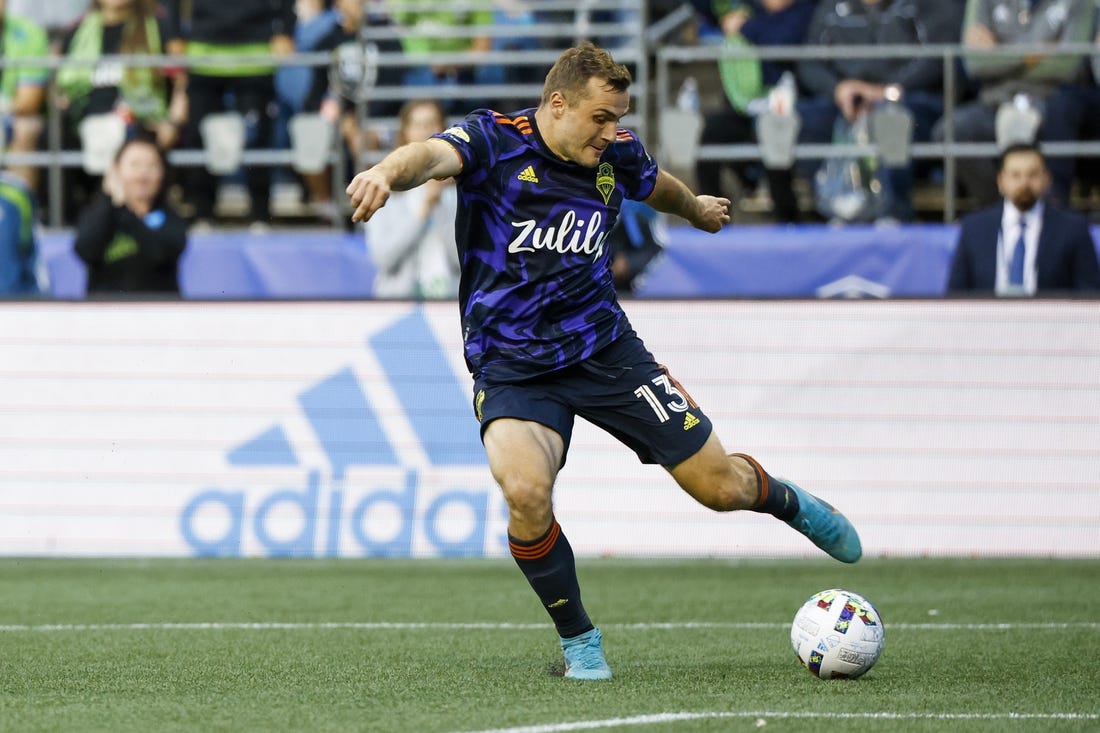 The Seattle Sounders and hosts Toronto FC will both look to bounce back from home defeats when they meet on Saturday night.

Seattle (7-7-2, 23 points) saw its four-match unbeaten run snapped in a 2-1 defeat to CF Montreal on Wednesday night, despite having an early lead on Jordan Morris’ second goal in as many games.

Morris has partly helped offset the absence of 2021 leading scorer Raul Ruidiaz to a hamstring injury over the last three games.

But after Mason Toye leveled in the 18th minute, Montreal took the momentum and eventually found a second through Toye after halftime.

“I thought there were some moments where, again, we were a little sloppy with some of the passes that could’ve started a transition moment,” Seattle manager Brian Schmetzer said afterward. “There were lots of little technical details that I didn’t think we were clean on tonight.”

Seattle enters Saturday’s match on a three-game winning streak in regular-season and playoff meetings against Toronto (5-9-3, 18 points). That includes Seattle’s 4-2 win in the 2019 MLS Cup final in those teams’ third meeting in the league championship since 2016.

Toronto hasn’t been quite the same since that loss, missing the postseason in 2021 and currently residing well beneath the playoff line at the midpoint of 2022.

But TFC need to be better defensively. Their 2-1 home loss to Columbus on Wednesday night was the 25th straight game where they’ve allowed at least one goal.

Toronto still has a 5-4-0 record at home, and is plenty capable up front. Jesus Jimenez scored his team-leading eighth goal in the loss to Columbus, and 2020 MLS MVP Alejandro Pozuelo has four goals and five assists.

It can still be better, Pozuelo says.

“We need to decide better in the last part of the field,” he said after Wednesday’s loss. “We have a lot of chances. We created good chances to score more goals. This is one of the things that we need to improve, to have more calm in the last minute.”