MLS Charlotte FC break out in 2nd half to rout Nashville 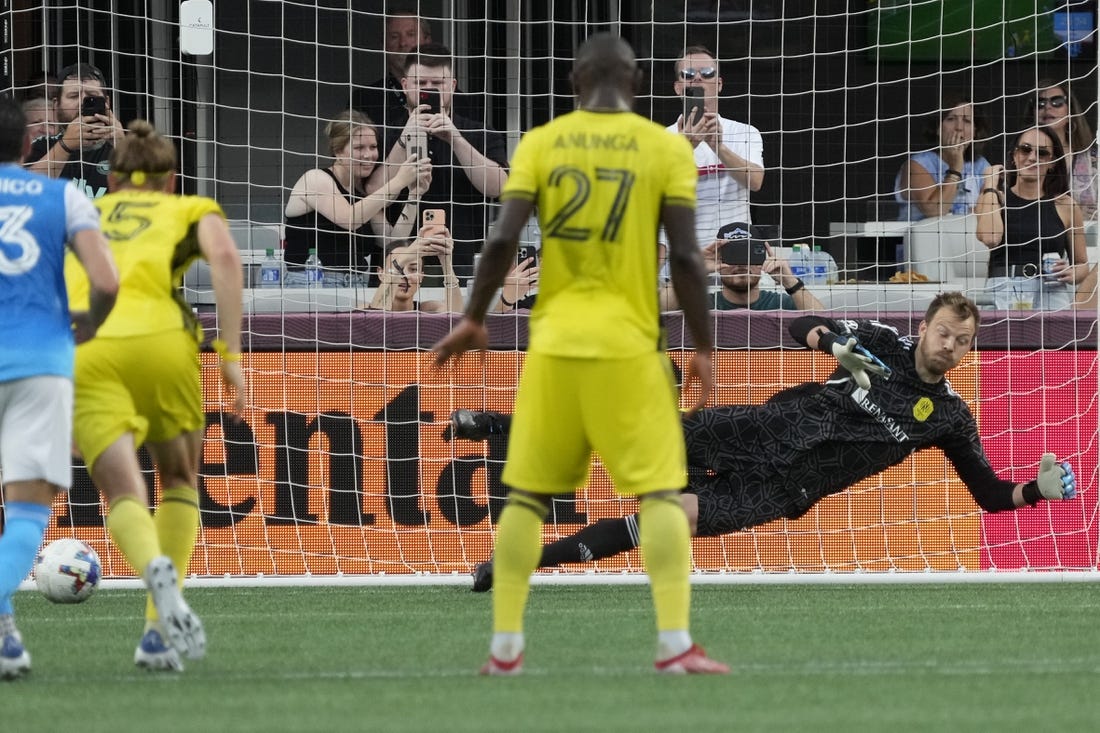 Charlotte FC (8-10-2, 26 points) is in its inaugural season and this result marks the first time in MLS play that either team in one of its games has reached the four-goal mark.

Joe Willis was back as Nashville’s goalkeeper following a one-game benching. He stopped two shots. Nashville SC (7-7-6, 27 points) lost for just the second time in MLS action since May 14 in what became its most-lopsided margin of the season.

Fuchs posted his second goal of the season in the 26th minute. Fuchs delivered the left-footed penalty kick to the bottom left corner, with Willis guessing wrong and diving in the other direction.

That opportunity was set up when Nashville SC’s Tah Anunga was called for a foul in the penalty area, with Sergio Ruiz drawing the foul.

Swiderski’s goal came on a header in the 61st minute for a 2-0 lead. Yordy Reyna’s cross set up the goal.

But Nashville applied pressure and benefited from Hany Mukhtar’s penalty kick to draw within 2-1 in the 67th minute. Mukhtar drew the penalty on a foul by Harrison Afful in the penalty area.

The goal added to Mukhtar’s historic impact for Nashville SC, who are in their third MLS season. Mukhtar has been involved in 51 of the 103 goals scored during regular season play in team history.

The goals from Ruiz and Shinyashiki came in the 89th minute and extra time, respectively. Benjamin Bender assisted on Ruiz’s tally, while Shinyashiki was unassisted with a blast from outside the box.

The start of the game was delayed for about 30 minutes after pregame storms swept through the area.