MLS SKC concede own goal but rally for draw with Loons 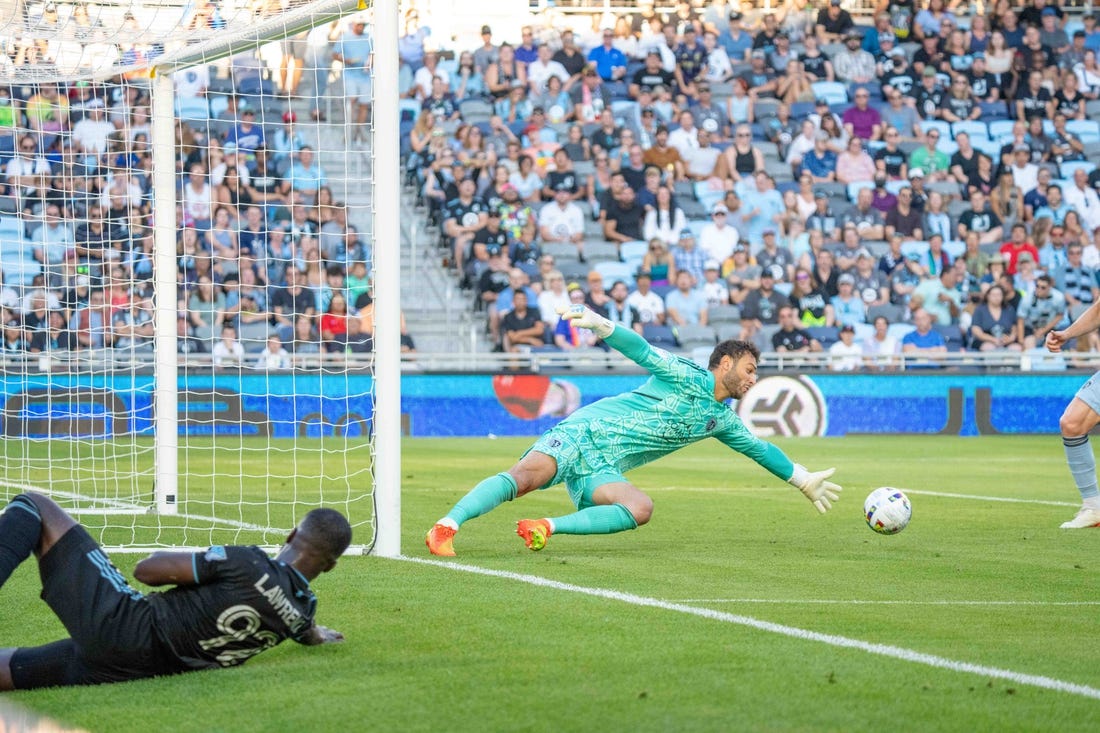 Johnny Russell scored the tying goal in the 63rd minute and John Pulskamp made four saves as Sporting Kansas City rallied for a 1-1 draw against Minnesota United on Wednesday night in Saint Paul, Minn.

Pulskamp, making his first start of the season in place of the injured Tim Melia (shoulder), also was credited with an own goal in the first half in his seventh career MLS start.

Dayne St. Clair, selected to his first MLS All-Star Game on Tuesday, made four saves for the Loons (8-8-4, 28 points) who had a three-game winning streak snapped.

Sporting Kansas City (5-11-5, 20 points), playing the second game of a three-match, nine-day road trip that began with a 2-1 victory at CF Montreal on Saturday and ends with a Sunday contest at Real Salt Lake, dominated most of the first half and had three excellent scoring chances in the first 28 minutes.

Daniel Salloi had the initial two opportunities. The first came in the eighth minute when he zigzagged his way through Loons defenders and fired a right-footed shot from the middle of the box that went just wide of the left post. Two minutes later, he intercepted a pass and blasted a right-footed shot from outside the box toward the bottom left corner that St. Clair turned away with a diving save.

Cam Duke had another chance for SKC in the 28th minute, but his right-footed shot from right side of the 6-yard box was turned away by St. Clair.

Minnesota United took a 1-0 lead in the 43rd minute. Kemar Lawrence centered a pass from the left baseline that Sporting Kansas City defender Andreu Fontas tried to clear in the middle of the 6-yard box, but the ball deflected in off Pulskamp’s head and trickled into the goal.

The Loons had an excellent chance to make it 2-0 in the 52nd minute when Lawrence hit Luis Amarilla with a crossing pass in the middle of the box, but Amarilla’s header sailed just above the crossbar.

SKC then tied it in the 63rd minute when Russell, who entered the game as a substitute six minutes earlier, deked defender Bakaye Dibassy to the ground on the right side of the box and then fired a left-footed shot into the far bottom left corner of the net for his sixth goal of the season.

Pulskamp came up with a pair of big saves in the 84th minute, the first on an Amarilla header from the left side of the 6-yard box off a Emanuel Reynoso cross, and the second a two-handed deflection of a Robin Lod sharp-angled shot by the right post off a Reynoso corner.