I’m not sure why a drug-addicted wannabe like John Belushi deserves his own documentary, but 12 credited producers apparently think he does, despite the fact that the highly publicized portion of his life lasted only seven years, from 1975 to his death due to drug overdose at the Chateau Marmont in Hollywood in 1982. Belushi’s fame came quickly with his debut on the first shows of Saturday Night Live but, just as quickly, he flamed out. He was in only one memorable movie, National Lampoon’s Animal House (1978) as a low-class jackass which, frankly, didn’t require that much acting.

This documentary has John’s brother Jim saying near the outset, “There was something safer and more comfortable in being me than in being him.” The film then proceeds to document the completely wasted life of a little (5’7”) man who had a talent that he apparently over-rated and that misconception destroyed him.

Written and directed by R. J. Cutler and narrated by Judd Apatow, it contains lots of clips of interviews with those close to him, including Dan Aykroyd, wife Judy, Chevy Chase, Jim Belushi, Jane Curtin, John Landis, Lorne Michaels, Harold Ramis, Penny Marshall, and Richard Zanuck to name just a few. All pretty much confirm that he had a unique talent but was miserably unhappy and difficult to get along with. Also quoted and shown are psychological self-searching letters he apparently wrote, mostly to his wife.

He was apparently disheartened that Chevy Chase became the star of the first season of SNL and pouted the entire year. Then when Chase dropped out of the show after that one season and he became the alpha male his attitude improved, especially when he started some of his popular characters.

If you’re looking for clips of his comedy, though, you won’t find them here. Oh, there are some very short clips of excerpts of a few of his skits but if you blink you miss them.

Although he was unique, his uniqueness was mostly to be so different and base, crass and crude as to be shocking. To me the most memorable thing about him was the way he could control both eyebrows separately, and that says a lot. It closes, appropriately enough, with a grotesque clip of Belushi gratingly giving an unappealing rendition of Lennon and McCartney’s “With a Little Help From My Friends.” It is anything but entertaining, and it could sum up this entire film.

Frankly, I had a hard time staying awake. Showtime November 22.


CWEB.com – Watch a Trailer of This entertaining video about the green screen and special effects of “The Jungle Book.” Win a Free Movie or a Concert Ticket When You Vote For the Celebrity or Movie We Review on CWEB﻿ 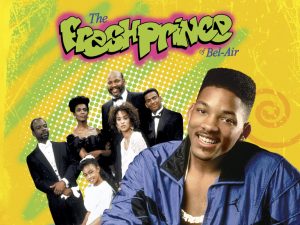 Will Smith has publicly apologized to Janet Hubert for being insensitive during the shoot of “Fresh Prince of Bel-Air, a popular series of the nineties.   The first two seasons went smoothly.... Continue reading Will Smith, Janet Hubert & Cast Of Fresh Prince Of Bel-Air Reunite: Mo’Nique Apology From Tyler Perry