Originally scheduled for release on May 22, but postponed until November 20th due to the China Virus, if you want to see a sparkling performance, the one given here by Guy Pearce as Dutch art connoisseur Han van Meergren is for you. Rarely do you find a performance like this, one that lights up the screen every second he’s on.

With a script by James McGee and Mark Fergus & Hawk Osby, based on the book “The Man who Made Vermeers” by Jonathan Lopez, and directed in his debut by Dan Friedken, Van Meergren is arrested shortly after the end of WWII and accused of being a traitor by selling priceless recently “discovered” Vermeer paintings to the Nazis, especially Herman Goering.

Capt. Joseph Piller (Claes Bang) is the British officer charged with finding out what actually happened, but he’s fought tooth and nail by the Dutch who want to arrest Van Meergren and shoot him as quickly as possible. Piller is a fictional character and it’s an odd choice for a name because Josef Priller was a German military aviator and wing commander in the Luftwaffe during World War II. As a fighter ace, he was credited with 101 enemy aircraft shot down in 307 combat missions. All of his victories were claimed over the Western Front, including 11 four-engine bombers and at least 68 Supermarine Spitfire fighters. Was there some esoteric reason that Friedken & Co. chose that as a name for their protagonist? Regardless, Bang gives a good performance as the originally doubting investigator who becomes Van Meergren’s defender during the trial.

Unusual for a film like this, the cinematography (Remi Adefarasin) is entrancing. There is a scene at the beginning of two people sitting at a table with a garden that is so beautifully framed and set that it looks like an oil painting itself. The Dutch locations (Production Designer Arthur Max) are equally captivating. Both are Oscar®-worthy and add immensely to the enjoyment of the film.

The ending is bogus, but I don’t want to go into that because it would be a spoiler, and it’s too good a film that should be watched in ignorance of the facts. 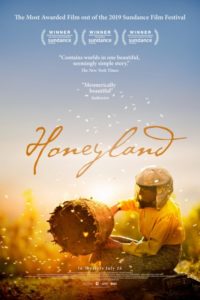 by Tony Medley Movie Reviews Photo Credit  / Neon Film Distribution / Neon Runtime 90 minutes. NR. This is an amazing film. While it’s hard to believe that it’s really a documentary and that all that is happening is actually happening... Continue reading Honeyland Movie Review and Video (9/10) 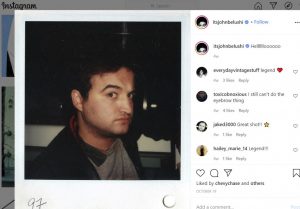