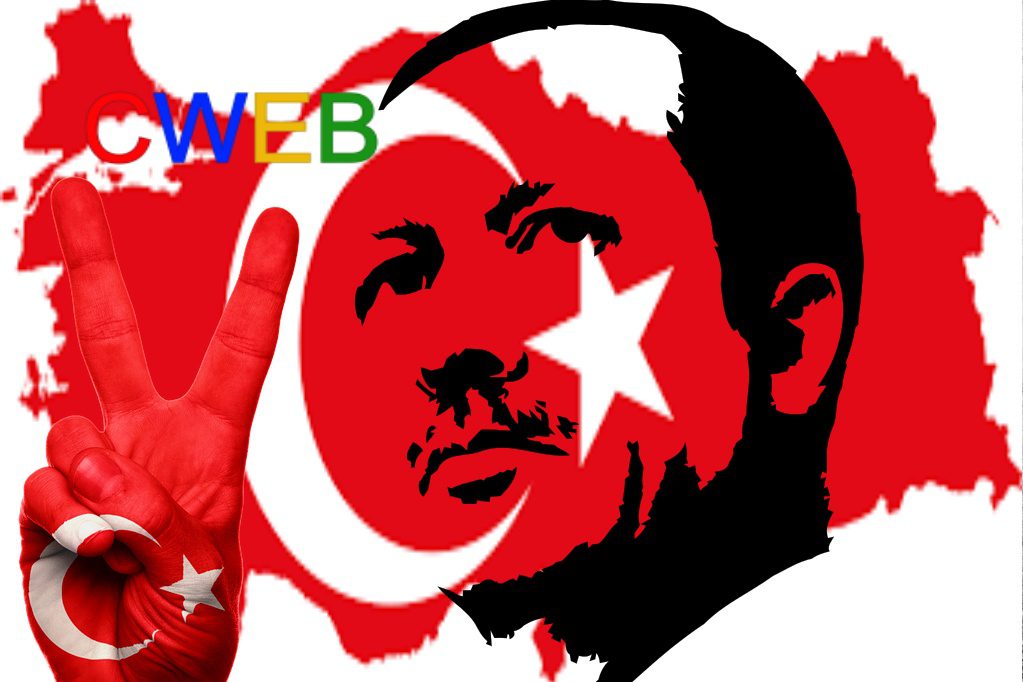 Turkey goes to the polls to vote for president and parliament on Sunday.

As a scholar of the history and politics of the Middle East, I believe the most striking feature of the campaign is the ideological uniformity displayed by the main parties and their presidential candidates. With the exception of the pro-Kurdish People’s Democracy Party, candidates espouse strong sentiments of activist nationalism, Muslim piety or, sometimes, both.

This seems to resonate well with the majority of the Turkish electorate.

First as prime minister and then as president, President Recep Tayyip Erdoğan and his Justice and Development Party have worked to recast Turkey in an increasingly nationalist and religious mold. Today, Erdoğan successfully uses these two ideas to cement his bond with voters.

Turkey was regarded as an outpost of Western-type secularism during much of the 20th century. But Islam and Turkish nationalism were always present in the country, even if not as strongly displayed as they have been in recent years.

The growing focus on religion and nationalism is leading Turkey away from democracy and democratic participation, making it difficult for diverse ideas to be advanced and respected by all parties. That has been evident in the increased authoritarianism of Erdoğan’s rule and the state of emergency he imposed after an attempted 2016 coup.

As Turkey becomes less liberal and more authoritarian, it contributes to the fracturing of western alliances, furthering instability in Europe and the Middle East.

Before World War I, the Ottoman Empire was home to a large number of Christian communities, Greeks and Armenians most prominent among them, and various ethnic groups.

But following the Ottomans’ destruction of the Armenian community in the early part of the 20th century and the expulsion of the Greeks, leaders of the new Turkish Republic devised policies to assimilate the country’s largest remaining ethnic minority group, the Kurds.

They believed that otherwise they would continue to lose territory and would not be able to hold on to their new country.

The Kurds, who are predominantly Muslim, resisted almost immediately and have been locked in an armed struggle with the Turkish state since the early days of the Republic in 1923.

The elimination of the largest non-Muslim groups, the Greeks and Armenians, meant that Islam became the de-facto identity for the overwhelming majority of the people who remained in Turkey.

Mustafa Kemal Atatürk, the founder and the first president of the Republic, initiated a radical policy of separating religion from politics. He created institutions and laws that were modeled after European counterparts, and severed ties with the country’s recent Islamic past, making Turkey the model country for successful westernization in the eyes of many observers.

But the reach and penetration of these policies beyond the country’s urban centers was limited.

For the more than 80 percent of the population who lived in rural areas, these reforms meant little. For them, their Muslim religion continued to be the most immediate way in which they identified themselves.

This year – with the exception of the Kurdish party – the parties that are running for the parliament have competed with each other to showcase their nationalist and religious credentials.

Most of them have formed alliances to boost each other’s chances. But they have all rejected any form of cooperation with the pro-Kurdish People’s Democracy Party, HDP. None of these parties raised any serious objections when the HDP leadership and deputies were jailed almost two years ago. Government prosecutors have charged them with aiding Kurdish terrorism but a proper trial or sentencing has not taken place yet.

As for Islam, none of the candidates are promising a return to the strict secularism of the early 20th century. Even Muharrem Ince, the presidential candidate of the Republican People’s Party that was founded by Ataturk, enthusiastically flaunts his religious beliefs in his rallies. In fact, his unexpected success in the polls is attributed, in part, to his embrace of Islam.

Eroding barrier between religion and politics

Center-right parties that have dominated Turkish politics and won all the elections in Turkey since the 1950s have always used a combination of Turkish nationalism and Islam to advance their chances.

But for most of the 20th century they had to be careful in how they used religion for political purposes.

Red lines separated religion and politics and were enforced by laws and by the ever-present military, which claimed to be the guardian of the secular order. Appeals to religion were carried out indirectly – for example, by showing up at Friday prayers.

There were, however, no limits to using nationalism in politics. With a history curriculum that excluded any reference to any aspect of the region’s multicultural past, generations grew up believing mythical theories of national origins of Turks and their superiority.

The lines that separated religion and politics in Turkey eroded steadily in the course of the 20th century. The political parties wanted to appeal to constituents keen on asserting their Islamic identity and practicing their religion without having to conceal their beliefs.

Under Erdogan’s leadership, Turkey’s education and government bureaucracy have been reformed to train and govern “a pious generation”. Following the attempted coup in 2016, the military has been defanged, becoming a bystander if not an enthusiastic supporter of this epochal transformation.

Today, I believe it is inconceivable for any political party to be successful in Turkey by advocating a staunchly secular line of policy.

Similarly, national unity is a non-negotiable plank in the election platforms of all the parties.

The armed conflict with the Kurds continues. The Turkish military has invaded and occupied a strip of land in northern Syria in recent months to fight against the Kurds there. But no candidate, other than HDP’s Demirtaş, has seriously questioned these policies.

None of the political parties or presidential contenders, with the exception of HDP, veer too far away from either Turkish nationalism or Muslim piety. So the short campaign for this snap election in Turkey has almost exclusively revolved around President Erdoğan. He has become such a paramount figure that being for or against him has become the single most important marker for politicians.

The campaign hasn’t included a sustained discussion of Turkey’s economy or international relations, even though the country is facing serious challenges in both of these areas.

It is hard to know what difference electing one of the opposition candidates will make in these areas since we don’t really know where parties stand. We know, however, what staying with Erdoğan will mean.

If Erdoğan emerges as a victor with the newly enhanced powers of presidency, he is certain to steer Turkey further down the road of authoritarianism. This will have serious implications for the people of Turkey, the region and Europe. If he loses, there will likely be an opening that will allow for new visions to emerge.

Even with a new party or president in power, it will not be easy to recreate the space for genuine democratic participation in Turkey. For a more inclusive politics to develop, the constraints of religious nationalism will have to be broken.