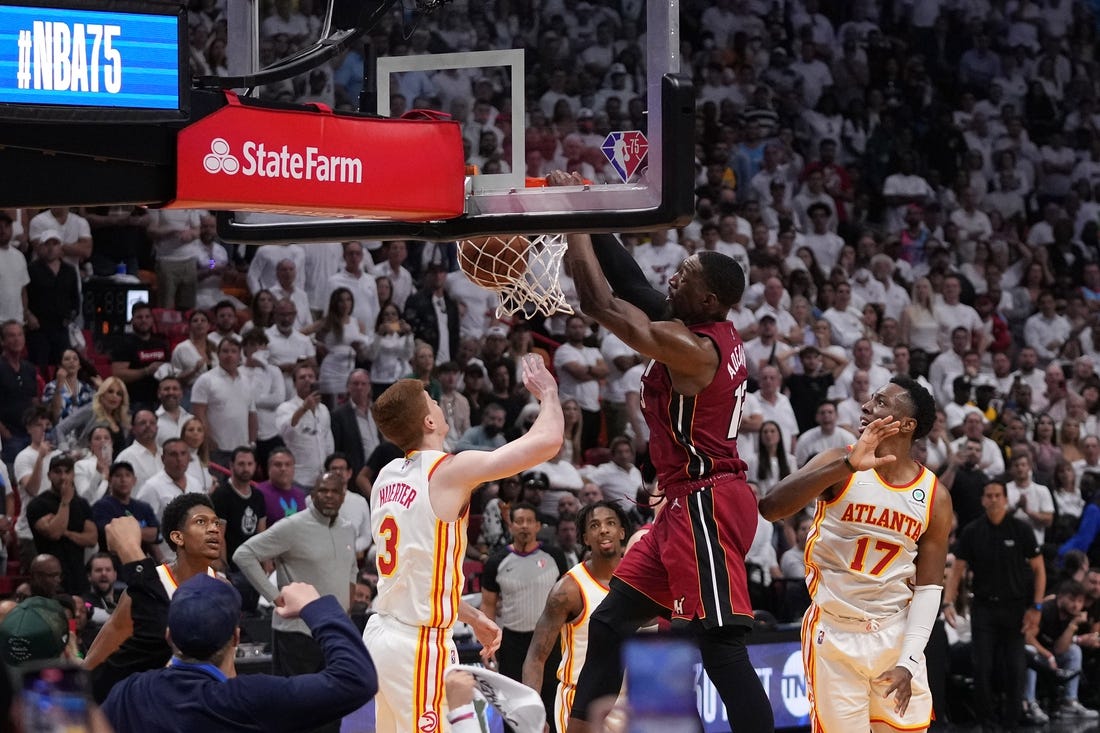 Victor Oladipo scored 23 points and Bam Adebayo posted 20 points and made a key defensive play as Miami Heat held off the visiting Atlanta Hawks 97-94 for a series-clinching victory in Game 5 of a first-round Eastern Conference playoff series.

The Hawks had a couple of chances to pull even in the final 30 seconds, but a missed shot came before a game-ending steal by Adebayo. Miami will be off until opening the conference semifinals Monday night against the Philadelphia 76ers or the Toronto Raptors.

Tyler Herro had 16 points and Max Strus finished with 15 for the Heat, who played without Jimmy Butler (knee) and, for the second game in a row, Kyle Lowry (hamstring).

Ja Morant scored 18 of his game-high 30 points in the fourth quarter, including a tiebreaking layup in the final second, and host Memphis took a 3-2 lead in its first-round Western Conference playoff series against Minnesota.

Karl-Anthony Towns finished with team highs of 28 points and 12 rebounds for Minnesota, which will try to stave off elimination on Friday in Minneapolis.

Deandre Ayton scored 19 points for the top-seeded Suns, who can end the series with a victory in New Orleans on Thursday. Phoenix hit 10 of 27 from beyond the arc compared to 5 of 25 for the Pelicans.