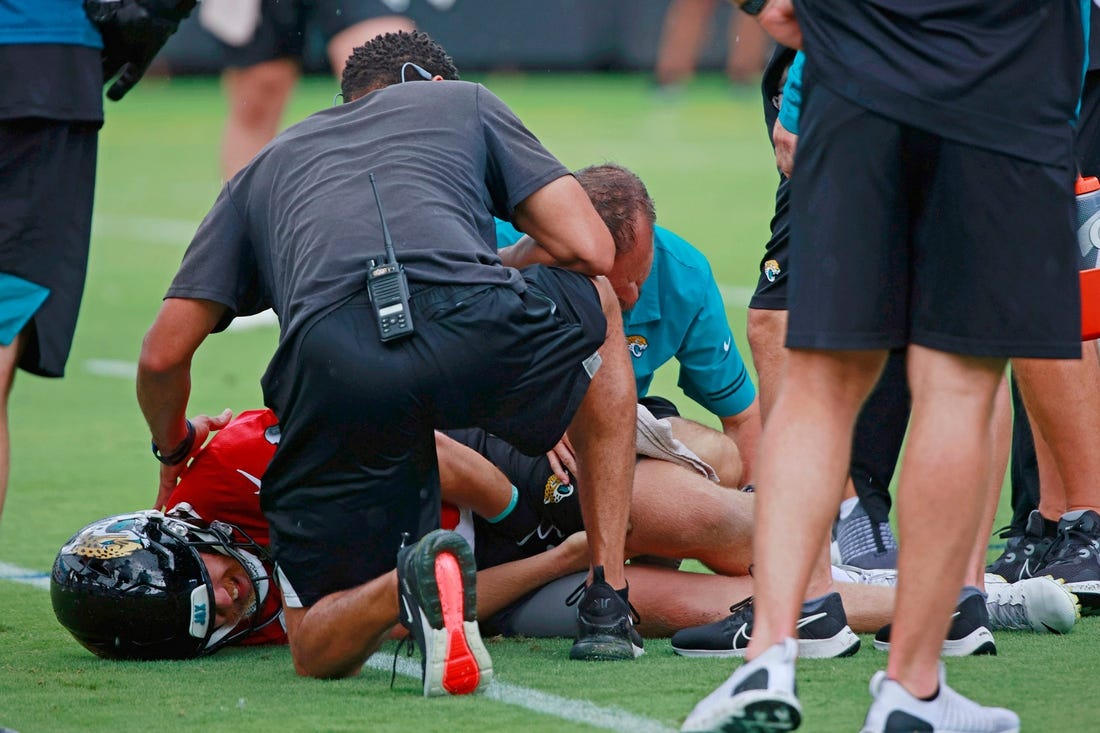 Beathard remained down on the ground for several minutes before being carted off during Monday’s voluntary organized team activities.

NFL Network said the results of an MRI revealed the injury is not “overly serious” as initially feared.

Second-year player Trevor Lawrence is embedded as the starter, but Beathard is expected to be the Jaguars’ No. 2 in 2022. Behind him on the roster are Jake Luton, who started three games in 2020 for the Jaguars, and EJ Perry, an undrafted free agent from Brown.

Beathard, 28, signed a two-year deal before the 2021 season with the Jaguars. Last season, he completed both of his pass attempts for 33 yards.

A third-round draft pick by San Francisco in 2017, he started 12 games over three seasons with the 49ers, posting a 2-10 record. In his career, he has completed 58.7 percent of his passes for 3,502 yards with 18 touchdowns and 13 interceptions.