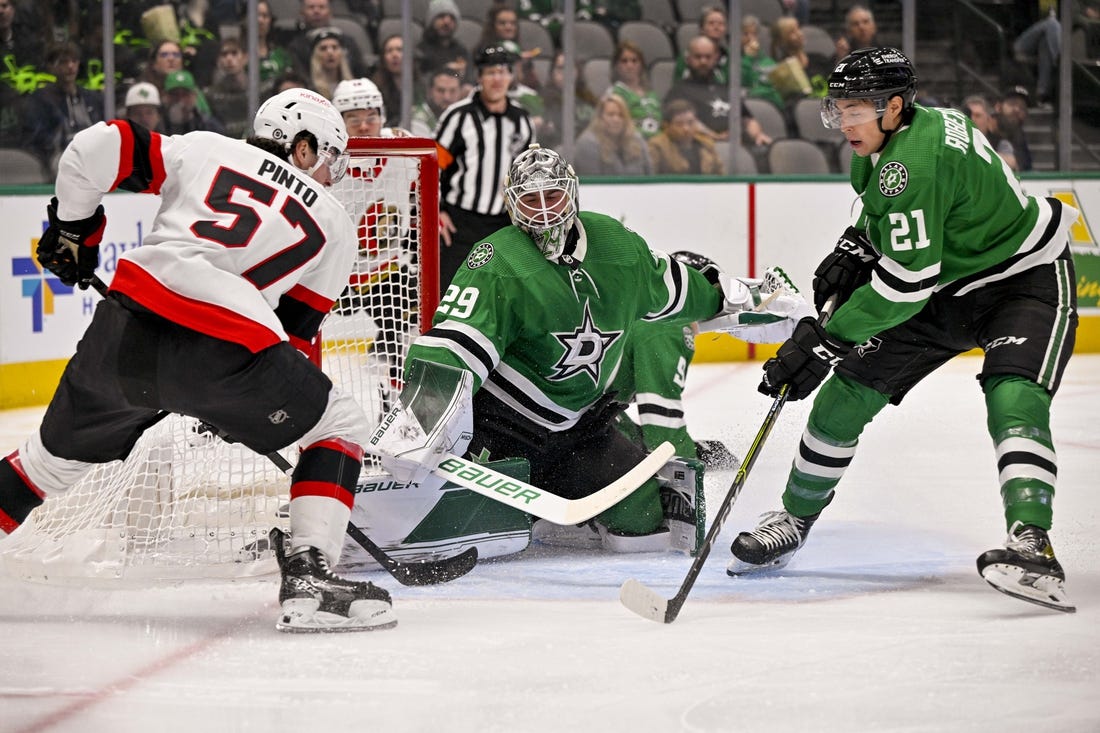 Tyler Seguin scored with 29 seconds left in overtime to give the Dallas Stars a 4-3 win against the visiting Ottawa Senators on Thursday.

Miro Heiskanen scored twice, Nils Lundkvist had a goal and an assist, and Johnston and Roope Hintz each had two assists for the Stars, who improved to 3-1-1 in their past five games. Jake Oettinger made 28 saves for the win.

Derick Brassard, Thomas Chabot and Travis Hamonic scored for the Senators, who have lost two in a row after winning four of their previous five games. Ottawa’s Anton Forsberg stopped 28 shots.

Heiskanen gave the Stars a 1-0 lead at 5:07 of the first period. After the Senators iced the puck, Joe Pavelski won the ensuing faceoff back to Hintz, and Hintz quickly dished off to Heiskanen, who beat Forsberg from the top of the left circle.

The defenseman doubled the lead less than two minutes later. Heiskanen drove up the left wing to the goal line and snuck a wrist shot short side between Forsberg’s arm and the post to make it 2-0 at 6:55.

It marked the third career multigoal game for Heiskanen, who became the seventh defenseman in Stars/Minnesota North Stars history to score twice in the first period and the first since Philippe Boucher on Nov, 24, 2006.

Brassard got one back for Ottawa at 13:52 of the opening period. Drake Batherson intercepted Heiskanen’s soft pass attempt in the left circle and fed Brassard in the slot to cut it to 2-1.

Chabot’s point shot hit the skate Stars forward Luke Glendening in the slot and deflected up high over Oettinger to tie it 2-2 at 18:47.

Hamonic put the Senators ahead for the first time at 1:27 of the third period. Jake Sanderson sent a quick circle-to-circle pass to Alex DeBrincat before DeBrincat skated down low and spotted Hamonic in front of the net for the redirect and a 3-2 lead.

Lundkvist scored from the right wall off a Stars faceoff win to tie it 3-3 at 14:54.