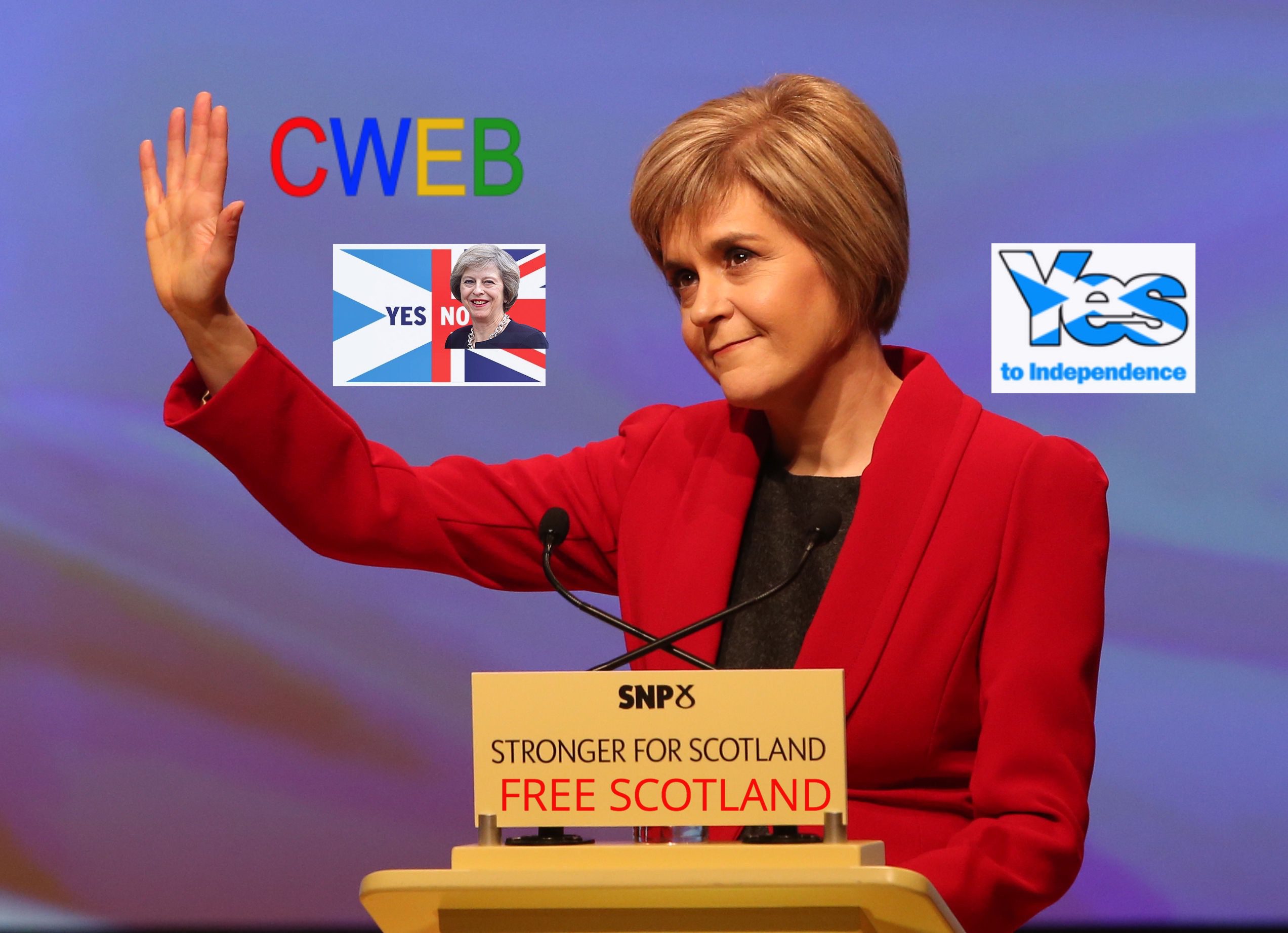 Nicola Sturgeon Scottish independence referendum – CWEB.com
A spokesman for Ms Sturgeon said any attempt to block another referendum would be “completely and utterly democratically unacceptable.”
It is amazing that UK was advocating to bomb Lybia and Syria that created a way for terrorist to get inside Europe why Turkey was giving them free pass in. So what is the first thing that the UK does is called Brexit. The same people responsible for this catastrophic nightmare then blamed immigrants for all the problems that they caused.
The British Tory party has just been fined for Election Fraud, Your Chancellor just made a massive U Turn, due to being a bit of a fud, and getting it in the neck for his absolutely massive mistake. Not doing so well right now, in fact, we predict Theresa May will resign very soon. An unelected by the people Prime Minister, who is clearly out of her depth. Let the battle commence.
View Full Article https://cweb.com