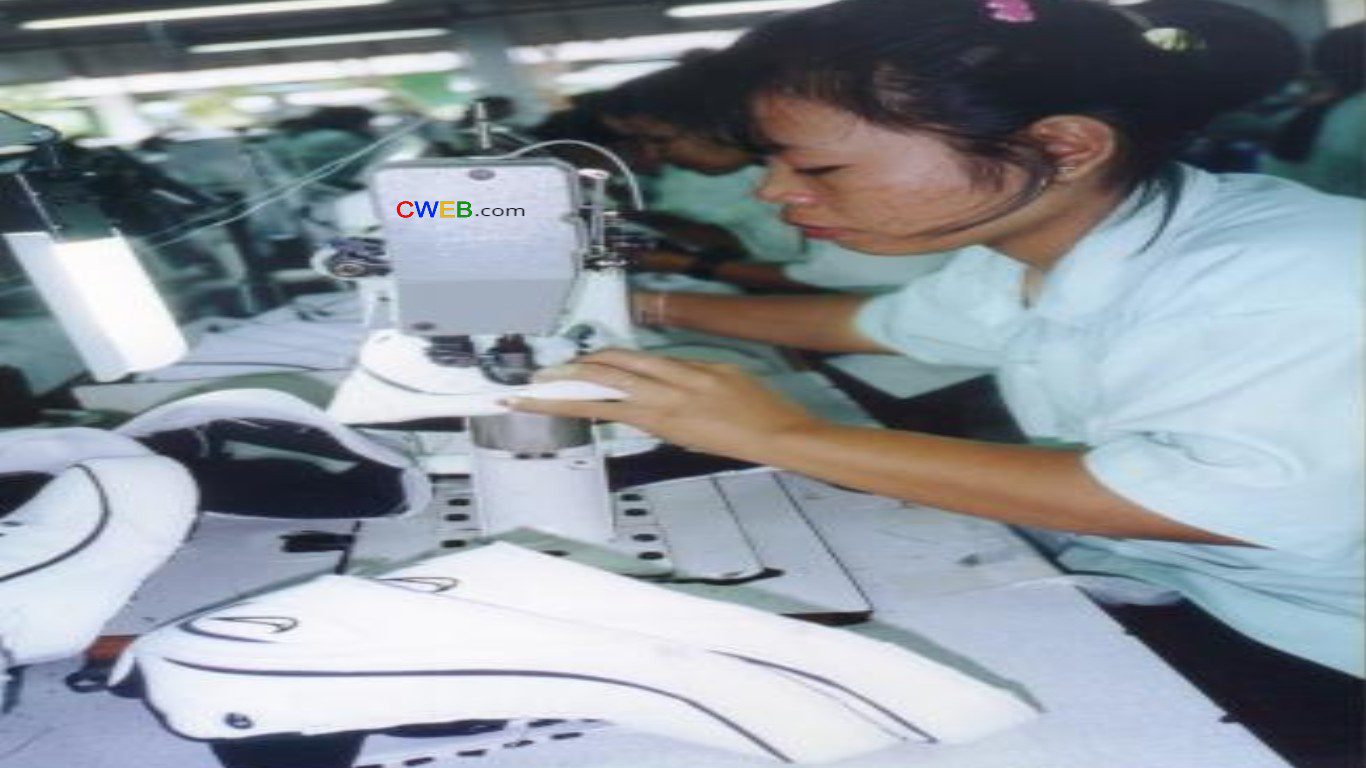 Nike’s having its #MeToo moment – and it illustrates plainly what’s still missing from our discussion of sexual harassment in the workplace.

Women at Nike, fed up with the status quo, recently undertook a covert survey asking about sexual harassment and gender discrimination, which eventually reached the CEO of the world’s largest sports brand. Six top executives have resigned or announced their departure.

Nike employees interviewed by The New York Times described being marginalized and passed over for promotion. One recounted a supervisor that called her “stupid bitch.” Another reported an email from a manager about an employee’s breasts. There was the manager who bragged about condoms in his bag and racy magazines on his desk. Oh, and of course there were trips to strip clubs, tacked on to the end of staff outings.

This happened over a period of years. All the while, human resources sat on its hands. The managers kept their jobs. The complaints piled on.

In some ways, it’s the familiar story of how companies have long turned a blind eye to harassment. But it also illustrates, perhaps better than any other example from the #MeToo era, how harassment can be a symptom – and precursor – of workplace discrimination.

And, as I explain in a forthcoming article in the Minnesota Law Review, understanding that link is critical for companies hoping to improve upon past mistakes.

The #MeToo movement has rightly brought attention to questions of sexual harassment and assault. The types of cases that result could be divided into two buckets – what in law school we would label “easy cases” and “hard cases.”

One of the first thing students learn in law school is that “easy cases” refer to those in which the facts are really extreme – where a rule clearly applies or it doesn’t. Here, that would mean egregious examples of sexual harassment, such as allegations of Matt Lauer’s lewd and aggressive behavior toward subordinates.

“Hard cases” refer to situations where it’s harder to figure out whether the parties involved have violated the rule. There might be arguments on both sides, and it might be hard to predict how a court would rule. Or – a favored trap on the bar exam – the conduct might seem really bad as a matter of common sense but doesn’t meet the technical requirements of the legal rule.

The stories coming out of Nike are the hard cases. They do not clearly meet the legal standard for workplace harassment.

The problem of not-quite harassment

The law governing workplace harassment is quite unforgiving. The offensive conduct must be so severe or frequent that it creates an abusive working environment. The conduct must also be motivated by the victim’s membership in a protected category, like their gender or race.

Some legal scholars have argued courts have been too unforgiving in applying this test and that it should be brought closer to commonsense understandings of harassment.

Lawyers and human resources experts have long known that the legal standard for harassment is incredibly high. So companies worked around it by defining harassment very broadly in their policies. This gave companies the power (but not the obligation) to punish employees for violations of the policy. But pre-#MeToo, it seemed companies chose not to act, even when they had the power to do so.

As we now know, this just-do-nothing ethos was a terrible judgment from a moral and public relations standpoint. And while companies may have been correct that a claim may not have been harassment, legally speaking, they completely overlooked their potential liability for future discrimination claims.

Here’s why. A supervisor’s derogatory comments about an employee’s gender, race or religion may not amount to a harassment claim. But they are a smoking gun in a later discrimination claim.

Discrimination claims are all about the supervisor’s frame of mind when he or she made a decision about an employee promotion, compensation or firing. But since we can’t read someone’s mind, the only thing we have to go on is their comments and behavior.

If a supervisor makes objectifying comments about a woman’s body and then later denies her a promotion, those comments may later be used to show his decision was biased.

The Nike story offers a great illustration of this principle. A manager who views women primarily in terms of condom consumption is probably not also thinking of them as a potential vice president candidate. Nevertheless, it is unsurprising to me that Nike’s human resources department seemingly failed to identify the problem as discrimination when employees complained.

And that’s because, in all likelihood, the discrimination had not yet happened. When the woman complained, it probably wasn’t yet about a lost promotion, unfair compensation or a termination. It was “just” a comment.

Of course, to the employee, it was never just a comment. She would have been keenly aware that her career was in her supervisor’s hands. And that he could no longer be trusted.

This is not really a rare occurrence for women in the U.S. In representative samples, around 25 percent to 40 percent of women report having experienced unwanted sexually based behaviors at work, and 60 percent said they encountered hostile behaviors or comments based on their gender.

It’s as though the employee can see the gun and anticipates the bullet to come. But all human resources sees is a weak harassment complaint unworthy of intervention.

The #MeToo movement has generated discussion around “zero tolerance” harassment policies, containing perhaps the implied threat that even minor transgressions of the policy will be met with strong punishment.

But because harassment policies already cover the waterfront, they don’t really provide meaningful behavioral guidance. A Pew Research study published in March found that half of all adults surveyed thought that #MeToo made it harder for “men to know how to interact with women in the workplace.”

I actually think a more sustainable approach – which actually better aligns with a company’s true legal risks – would be to beef up anti-discrimination policies.

These policies would explain that supervisors are placed in a special position of trust regarding their subordinates’ careers and that supervisors act as the company’s proxy in carrying out the employer’s duty to provide equal employment opportunities.

When a supervisor engages in low-level harassing behaviors or makes derogatory comments based on a employee’s gender, race or religion, it is a breach of that trust.

And it is the company’s duty to make it right.