(CN) — The Ninth Circuit on Friday ruled that President Donald Trump’s allocation of military funds for construction of his border wall was illegal, upholding a December 2019 ruling from a federal judge.

In 2019, U.S. District Judge Haywood Gilliam granted summary judgment to a slew of states and advocacy groups seeking to halt construction of the southern border wall. After Congress gave Trump $1.3 billion instead of his requested $5.7 billion for border wall funding, the president invoked the National Emergencies Act to declare an emergency at the southern border.

Defense Secretary Mark Esper said that over $3 billion reserved for construction projects within the military would instead go to border wall construction sites in four different states.

Ruling 2-1, the Ninth Circuit panel found that the diversion of funds to be unlawful and sidestepped the constitutional separation of powers, including the legislative branch’s control of funding.

“Particularly in the context of this case, where Congress declined to fund the very projects at issue and attempted to terminate the declaration of a national emergency (twice), we cannot interpret the statute to give the Executive Branch unfettered discretion to divert funds to any land it deems under military jurisdiction,” wrote Chief Circuit Judge Sidney Thomas, a Bill Clinton appointee.

The court rejected the federal government’s interpretation of the National Emergencies Act that would allow them to build the wall under “other activities.”

“As demonstrated by this case, this would allow the Federal Defendants to redirect funds at will without regard for the normal appropriations process,” Thomas wrote.

“Although we recognize that in times of national emergency we generally owe great deference to the decisions of the Executive, the particular circumstances of this case require us to take seriously the limitations of the text of Section 2808 and to hold the Executive to them,” he added.

The Ninth Circuit decision lifts a stay on the federal court’s order, putting an immediate stop to all border wall construction.

U.S. Circuit Judge Daniel Collins, a Trump appointee, dissented from the majority, claiming that the court went too far to determine the scope of the law.

“The majority’s contrary conclusion rests on the implicit view that this court gets to substitute its own view of when the armed forces are needed in a national emergency for the view of the President as stated in the emergency declaration,” Collins wrote.

“We applaud the Court for putting a stop to this desperate attempt by President Trump to steal public funds to build his unauthorized wall at the border,” Becerra said in a statement Saturday. “This victory shows it doesn’t pay to circumvent the law. Congress repeatedly refused to fund the President’s wall, and we fought back against his illegal money grab because your public funds should not be spent on Trump’s pet project.”

“We should be protecting communities, our democracy, and the environment, not tearing these things apart as Trump was doing,” she said in a statement. “We rise with border communities to stop this administration from further inflicting its relentless agenda and will continue fighting illegal wall construction at all levels.”

The White House did not immediately comment on the decision.

Thomas and Collins were joined on the panel by U.S. Circuit Judge Kim McLane Wardlaw, a Bill Clinton appointee.


Bitcoin: the UK and US are clamping down on crypto trading – here’s why it’s not yet a big deal 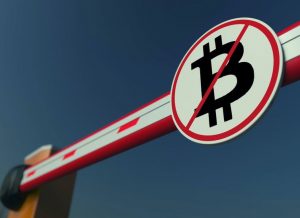 Where there’s a bit there’s a writ. Novikov Aleksey Gavin Brown, University of Liverpool The sale and promotion of derivatives of bitcoin and other cryptocurrencies to amateur investors is being banned in the UK by the financial... Continue reading Bitcoin: the UK and US are clamping down on crypto trading – here’s why it’s not yet a big deal