Oh Please, Plesac! Indians Pitcher Sent Home for Going Out to a Bar 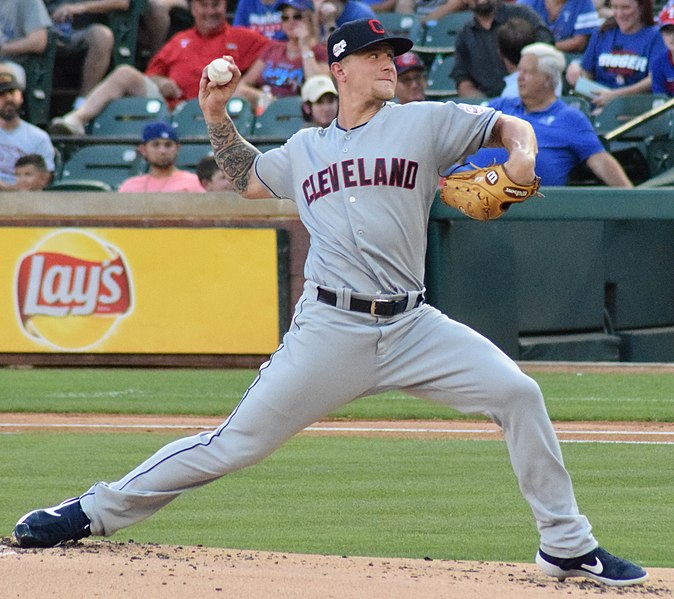 The Cleveland Indians sent starting pitcher Zach Plesac home after he violated MLB & team rules by leaving the hotel to go out in Chicago on Saturday, to celebrate with friends at a local bar. Plesac was ordered to drive back to Cleveland in a rental car and will be quarantined for 72 hours.

The right-hander tossed six strong innings in the Indians’ 7-1 victory vs the Chicago White Sox on Saturday. Plesac is 1-1 on the season, with a 1.29 ERA and 24 strikeouts in 21 innings pitched.

The Indians have been extremely strict with safety protocols, and this action is seen as a warning to players. During summer camp, outfielder Franmil Reyes was ordered to stay away from the team after he was seen at a party without a mask.

Last month, Plesac, who has become a reliable starter for the Indians, spoke of the importance of players abiding by the “code of conduct” that every team was required to submit to MLB in hopes of completing the 60-game regular season.

Plesac, the nephew of former MLB pitcher Dan Plesac, should have known better and today issued this apology statement:

“I would like to apologize to my teammates and the entire Cleveland organization and all of our fans for my actions Saturday evening. I realize I made a poor choice to leave the hotel which broke protocols and could have endangered other people. I understand that in these times of uncertainty I need to be more vigilant, responsible and I’m determined to earn back my teammates forgiveness and get back to work.”

What a self-entitled hypocrite. I wonder who wrote that apology for Plesac because a little over a month ago he made comments about the importance of the “code of conduct” and to “buckle down, focus and lock in” but now he’s going out drinking with friends at a bar in Chicago, even though there’s been new safety guidelines prohibiting players to leave their hotel rooms?

Plesac left his “common sense” in Cleveland and that bar in Chicago must be pretty special for him to take such a risk of letting down his teammates and organization.