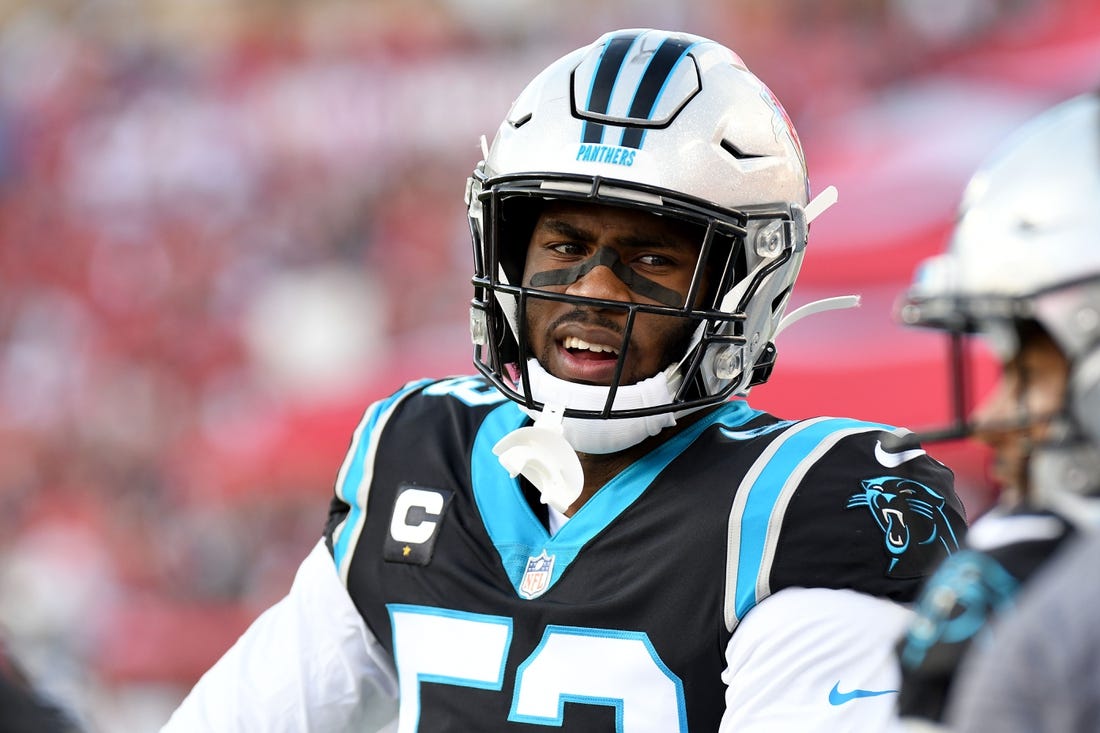 The Carolina Panthers will exercise their fifth-year option on Pro Bowl edge rusher Brian Burns for 2023.

“We will pick up the fifth-year option and we have hopes of extending him after that,” Panthers general manager Scott Fitterer said Tuesday during a draft week press conference.

Fitterer also provided some insight into the team’s draft thinking, saying the Panthers could select a quarterback at the spot or trade out of the pick.

The general manager said he spoke to incumbent quarterback Sam Darnold on Monday to inform him of Carolina’s desire to add a quarterback in the draft.

“In our conversation, I said, ‘Hey, listen, we are going to add to (the quarterback) group. Through this weekend, there’s a pretty good chance we could add to this group,'” Fitterer said. “It’s an open competition. It’s his spot right now, but whoever can take this spot and run with it, we’re going to do that. He was good with it, we’re all on the same page and we know we need to stabilize that position. And we’re looking forward to adding to it.”

Fitterer said there are a couple of quarterbacks the team would be comfortable taking No. 6 overall. However, he said the team would listen to offers to trade out of the pick, though Fitterer would not want to fall back further than the mid-teens.

The first round is Thursday night.