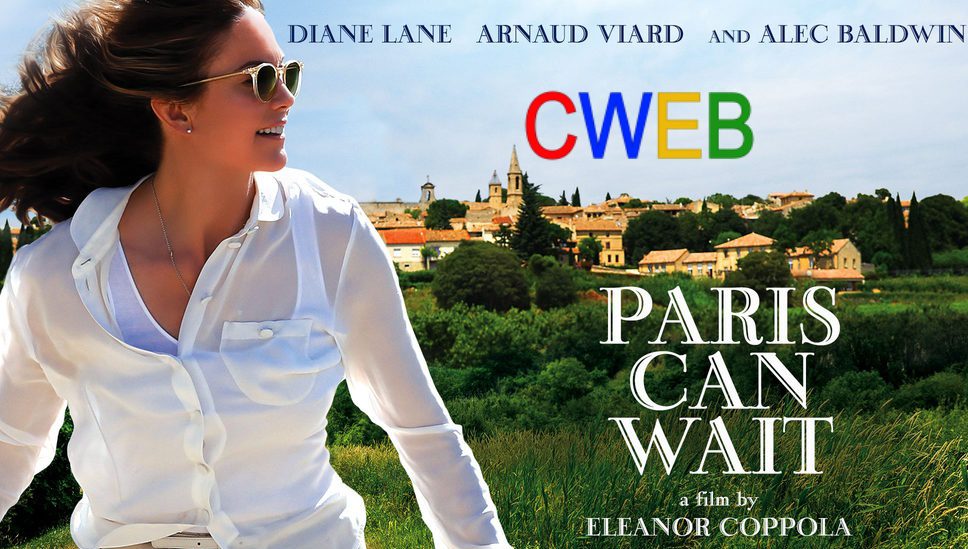 For an 81 year old writer/director/producer, Eleanor Coppola, this is an amazing achievement. Even with fine performances by Diane Lane and Arnaud Viard and a mercifully brief cameo by Alec Baldwin, the cinematography, locations, and memorable recipes steal the show.

The film is the somewhat autobiographical story of Coppola about an incident that occurred when she was in her mid-70s. The stretch is that Coppola is a long way from Diane Lane, who plays her in this film. Lane, at 52, is more beautiful than most of the ingénues who populate Hollywood today and will never be confused with a 73-year-old woman. But this is a movie and it needs a woman a man will yearn for.

Anne (Lane) is married to Michael (Baldwin), an actor who must travel from the French Riviera to Budapest for a film. Anne isn’t feeling well and tells him she will meet him in Paris. Jacques (Amaud Viard), a modern day Maurice Chevalier, offers to drive her. Along the way he treats her to a gorgeous tour of France, all the while subtly trying to seduce her. We see terrific scenes of France, wonderful meals to which he introduces her, incredible locales, wonderful acting, enticingly slow pace, and delicious dialogue reminiscent of My Dinner with Andre (1981). This is a wonderful film for everybody.

Like a fine wine, this ages well. I originally gave it a rating of 8/10, but the more I think about it, the better I like it.

Tony Medley is an Attorney, columnist, and MPAA-accredited film critic whose reviews and articles may be read in several newspapers and at rottentomatoes.com, CWEB.com, Movie Review Query Engine (mrqe.com), and at www.tonymedley.com. He is the author of three books, UCLA Basketball:The Real Story, Sweaty Palms: The Neglected Art of Being Interviewed, the first book ever written on the interview for the interviewee and still in print after more than thirty years, having sold over a half million copies, and The Complete Idiot’s Guide to Bridge, which has sold over 100,000 copies. He is an American Contract Bridge League Silver Life Master and an ACBL accredited director.