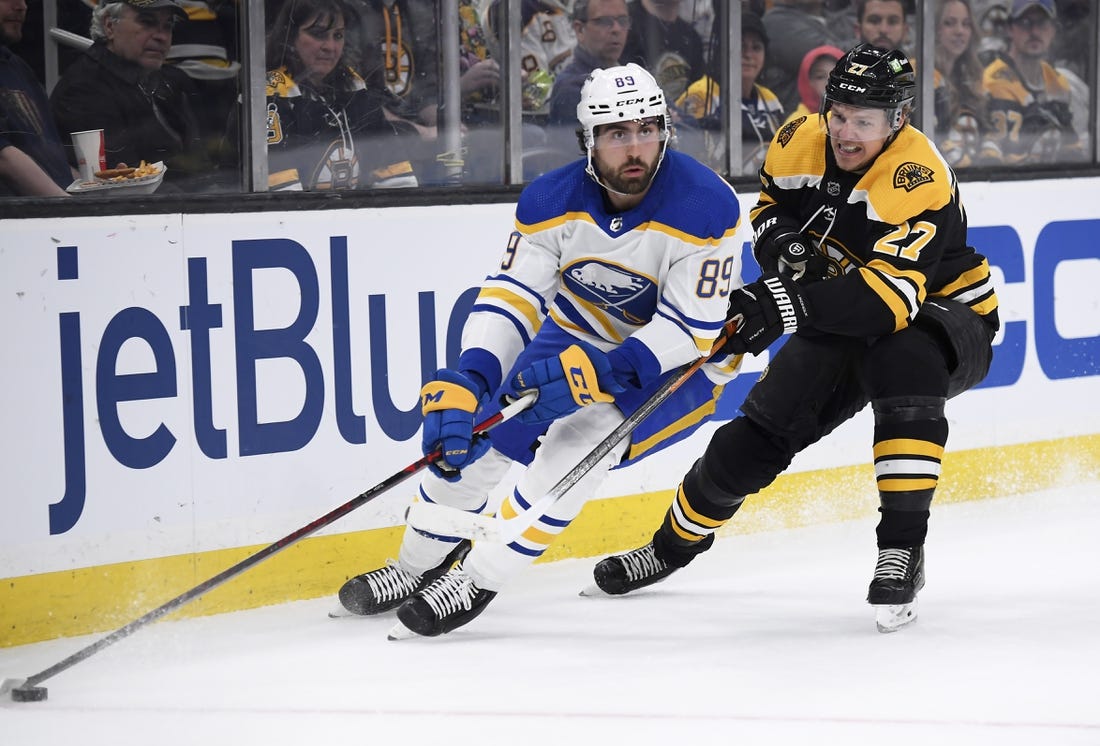 Patrice Bergeron’s 400th NHL goal capped his eighth career hat trick and a four-point night as the Boston Bruins cruised to a 5-0 win over the visiting Buffalo Sabres on Thursday night.

Taylor Hall (one goal, one assist) and Brad Marchand (two assists) also had multi-point efforts for Boston, which has won four straight games and six of its last seven.

Boston scored goals on consecutive third-period power plays to break an 0-for-39 drought. First, Pastrnak took a pass from Hall and breezed to the low slot for a backhand goal at the 2:11 mark.

Hall made it a 4-0 game himself 2:05 later, following up Pastrnak’s shot for a rebound during a double-minor assessed for Buffalo’s second unsuccessful challenge.

The shutout was Ullmark’s first of the season and fourth career. He made 15 stops in the middle frame.

Buffalo’s Dustin Tokarski made 27 saves in the loss.

Just after Tokarski made several stops to deny the Bruins during a net-front scramble, Bergeron opened the scoring by picking up a rebound at 6:16 of the second period. Jake DeBrusk’s shot toward the goal was unable to be cleared, leading to an unassisted goal for the Boston captain.

Pastrnak hit the goal post on an open net from the left circle a few minutes later, nearly ending Boston’s power-play drought that was eventually erased in the third period.

Bergeron doubled the Bruins’ lead at 12:29 as DeBrusk won a puck battle behind the net and fed the captain for a quick shot between the hashes.