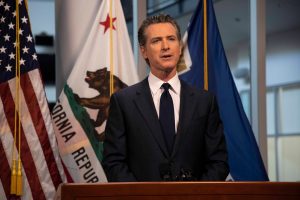 XCOM’s Chairman & CEO, Paul Jacobs, has been appointed to a state Task Force on Business and Jobs Recovery

The news was revealed Monday by The Wall Street Journal in a story that details how Jacobs dropped plans to take Qualcomm private and is now focusing on San Diego-based XCOM.

M87 launched out of Austin, Texas in 2014 and relocated to Seattle in late 2016. That’s when Brodman, who spent 17 years at T-Mobile — including stints as CMO and CTO — took over as CEO.

CHAIRMAN & CHIEF EXECUTIVE OFFICER Paul E. Jacobs, Ph.D., founded XCOM in 2018. As former chief executive officer and executive chairman of Qualcomm, Dr. Jacobs spearheaded its efforts to develop and commercialize fundamental mobile technology breakthroughs that fueled the wireless internet and smartphone revolutions.  During his tenure as CEO, Qualcomm’s revenues quadrupled, and its market capitalization doubled.  Dr. Jacobs is a prolific inventor with over 80 U.S. patents granted or pending in the field of wireless technology and devices.

Dr. Jacobs is a director of Dropbox, Inc., FIRST, and Heal, a private technology enabled medical care company.  He is an owner and vice chairman of the Sacramento Kings

Brings together Californians from across diverse range of the state’s economy to develop recommendations for a plan that works for all Californians, with a focus on the regions and communities hardest hit by the pandemic

SACRAMENTO – Bringing together leaders across California’s diverse, innovative economic and social sectors to chart a path forward on recovery in the wake of COVID-19, Governor Gavin Newsom today announced the formation of a state Task Force on Business and Jobs Recovery. The Task Force will be co-chaired by Governor Newsom’s Chief of Staff Ann O’Leary and philanthropist, environmentalist, and businessman Tom Steyer, who was also appointed Chief Advisor to the Governor on Business and Jobs Recovery. He will receive no compensation for his service.

“This pandemic has forced millions of Californians out of jobs – with the most vulnerable hit the hardest,” said Governor Newsom. “While we have made significant progress in flattening the curve and increased preparedness of our health care delivery system, the actions taken have also impacted the economy, poverty and overall health care in California. We will use a gradual, science-based and data-driven framework to guide our re-opening timing while planning our economic recovery. I am honored that dozens of leaders in business, labor, health, and philanthropy are stepping up to meet this moment by committing their time and talent to lift up all Californians. Through their leadership, and the leadership of California’s 40 million residents, I have no doubt we will emerge stronger from this crisis.”

The Task Force will work to develop actions government and businesses can take to help Californians recover as fast as safely possible from the COVID-19 induced recession and to shape a fair, green, and prosperous future. They will meet twice a month throughout 2020 to develop options that would work for all Californians, with a particular focus on those hardest hit by the pandemic.

“Governor Newsom has been a steady hand and shining example of how to lead during a crisis, and I am thrilled to help in this critical way,” said Tom Steyer. “In the coming weeks and months, we will bring together the public and private sectors, outside experts, organized labor, environmental groups, and activists to develop recommendations for a recovery plan that works for all Californians, with an emphasis on those communities hardest hit by the pandemic. Our goal is to present Governor Newsom with tangible actions that leverage the task force’s expertise to rebuild California, emphasize smart, green technologies and provide a model for just economic development for our country.”

The Task Force will craft ideas for short, medium, and long-term solutions that reflect communities across the state, and emphasize a fair and equitable recovery. There will be significant emphasis of the state’s strengths, including diversity and innovation. The Task Force will not only focus on our immediate recovery, but on actions to support a cleaner, more equitable and prosperous future for all Californians. It will build on the important work of other groups including the Governor’s Council of Economic Advisors, the Higher Education Council and the Commission on the Future of Work. Both co-chairs of the Future of Work Commission, President of SEIU Mary Kay Henry and Senior Partner of McKinsey & Company James Manyika, will serve on the new Task Force.

The Governor formed the Business and Jobs Recovery Task Force just days after he announced a multi-state Task Force with Oregon and Washington to coordinate the reopening of our regional economy. Governor Newsom outlined a road map to recovery with six indicators that should be met before California’s stay-at-home orders are modified.

The COVID-19 pandemic has had a devastating effect on California’s economy. The state has seen more than 2.8 million unemployment claims since March 12, 2020 – not including undocumented residents or independent contractors. The impact has been particularly devastating for California’s small businesses. Source: Office of  Governor Gavin Newsom