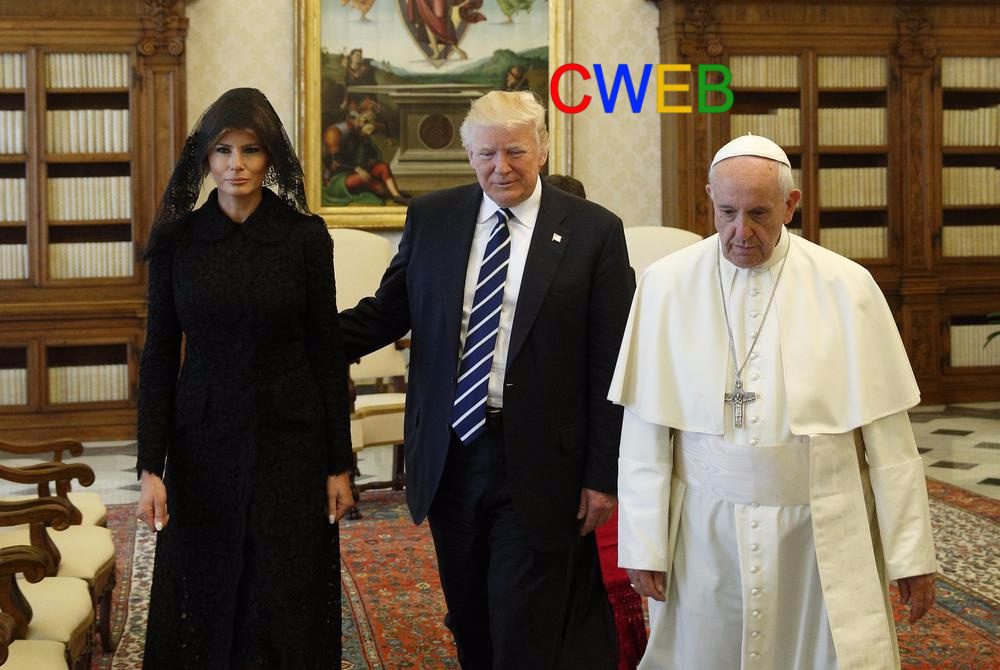 President Donald Trump has met Pope Francis as part of his first overseas trip as US president.

TV images of the hastily arranged meeting at the Vatican showed Trump being greeted warmly by Francis before they sat down for a private 29-minute meeting at which only a translator was present.

Trump could be heard saying it was “an honour” to be there, while the men shook hands. At one point, the pope, joking and smiling, appeared to ask the first lady, Melania Trump, whether she fed her husband a popular type of Slovenian cake.