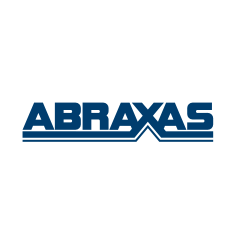 Abraxas Petroleum Corp. engages in the acquisition, exploration, development, and production of crude oil and natural gas. The company is headquartered in San Antonio, Texas and currently employs 100 full-time employees. The firm is engaged in the acquisition, exploration, development and production of oil and gas. As of December 31, 2016, the Company's estimated net proved reserves were 44.7 million barrels of oil equivalent (MMBoe), of which 33.6% were classified as proved developed, 74% were oil and natural gas liquids (NGL), and 95% of which (on a PV-10 basis) were operated by the Company. As of December 31, 2016, the Company's daily net production was 6,181 barrels of oil equivalent per day (Boepd), of which 61% was oil or liquids. The firm's oil and gas assets are located in three operating regions: the Rocky Mountain, Permian Basin and onshore Gulf Coast. The firm's properties in the Rocky Mountain region are located in the Williston Basin of North Dakota and Montana, and in the Green River Powder River and Unita Basins of Wyoming and Utah.