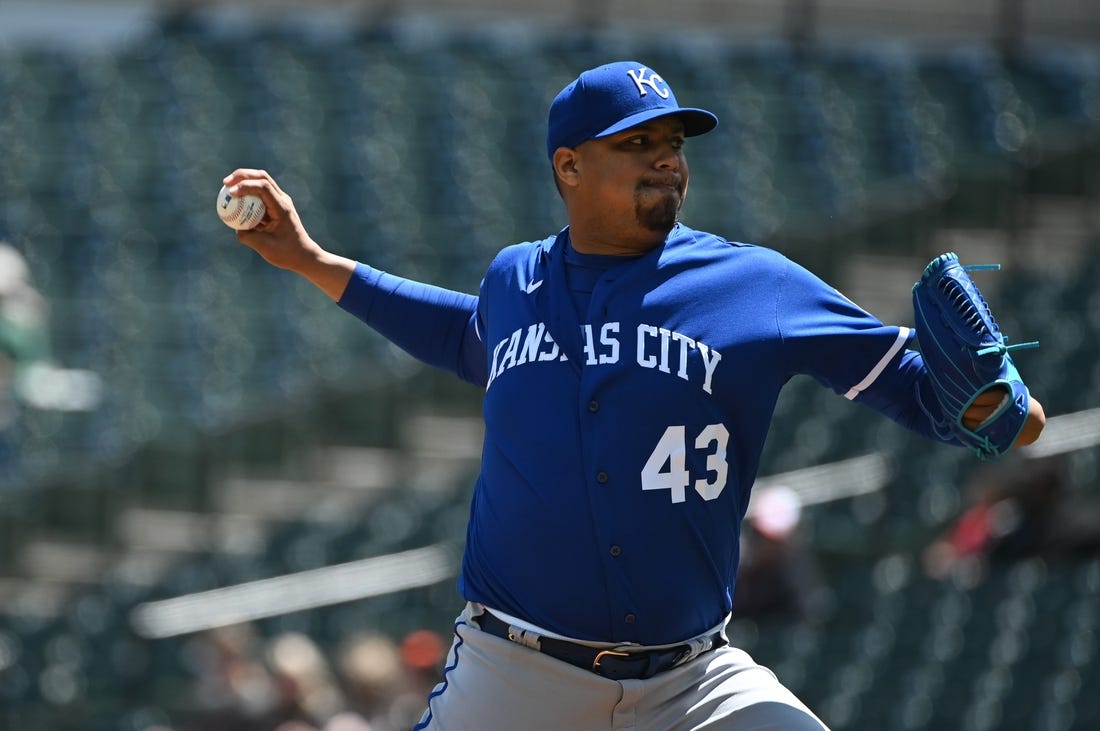 Offense has been down throughout the majors this season, but Coors Field provided an antidote Friday night.

The Kansas City Royals and Colorado Rockies played a typical game at Coors, with the Royals winning 14-10. The same teams will go at it again Saturday night in the second game of a three-game weekend series.

Hernandez hasn’t faced the Rockies in his career and will have to deal with pitching at altitude. If he gets the offensive support similar to Friday night, he has a chance to get that first victory.

The 14 runs by the Royals on Friday marked the second time in three games they scored at least eight.

Hunter Dozier has been heating up lately. He had five hits Friday and has raised his average 26 points since Monday to .277.

He isn’t the only one seeing his average improve. Michael Taylor and Andrew Benintendi had three hits apiece on a night the Royals set a season high in runs and hits (18).

Marquez hopes his most recent start can be a catalyst to a turnaround. The team’s lone All-Star last season has struggled much of this year, but he logged a quality start in his last outing in Arizona, allowing three earned runs in six innings.

It wasn’t enough to prevent his third straight loss, but Rockies manager Bud Black saw some improvement in his pitcher’s start.

“He was outstanding. I liked his stuff,” Black said. “He was crisper with his fastball. Slider was good. He got outpitched by their guy.”

Marquez got a no-decision in his only career start against the Royals despite allowing just two run over six innings back on Aug. 24, 2017, in Kansas City.

The Rockies’ offensive struggles on the road — including being shut out 4-0 in Marquez’s start — ended with the 10 runs on Friday night, as did their home run drought. Brendan Rodgers hit his second of the season for Colorado’s first home run since May 5.

Rodgers had three hits Friday night and continues to emerge from the funk he had been in to start the season. He has not lost his confidence, and more importantly, his teammates didn’t lose faith in him.

“The guys believe in me,” Rodgers said recently. “I believe in myself, first and foremost, but having my teammates be there through everything is huge. And them believing in me is a great feeling.”

Black was happy with the way Rodgers swung the bat Friday night.

“It was good to see him get on a high fastball for the homer,” Black said.