Seattle Seahawks Lose To Arizona Cardinals In A Thrilling Match

Undefeated Seattle Seahawks tasted their first defeat this season as they lost to the Arizona Cardinals on October 25, 2020. It was a close match with a final score of 37-35. With less than half a minute left in overtime, Gonzalez made a 48-yard field goal. The Cardinals won the match and they handed the Seahawks their first loss this season.

This thrilling match had it all, crucial mistakes as well as huge plays (featured 1, 091total yards) and ended with a victory for the Cardinals. Gonzalez kicked the winning field goal. The Seahawks began spectacularly and played well throughout the game especially during the first half. But, Gonzalez’s last minute goal was the winner and the Cardinals managed to knock off the Seahawks from their top perch and stopped their undefeated run this season. A few of the players from both sides have been injured.

Although the Seahawks played an excellent game, it looked like a battle fought: age against youth between Kyler Murray of the Cardinals and Seattle’s Russell Wilson. Young Murray successfully got the ball in the field goal range for Gonzalez to make the winning kick. There was a loud and noisy celebration at midfield. 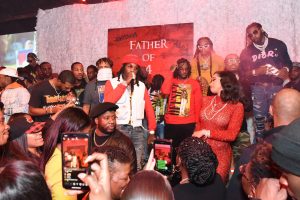