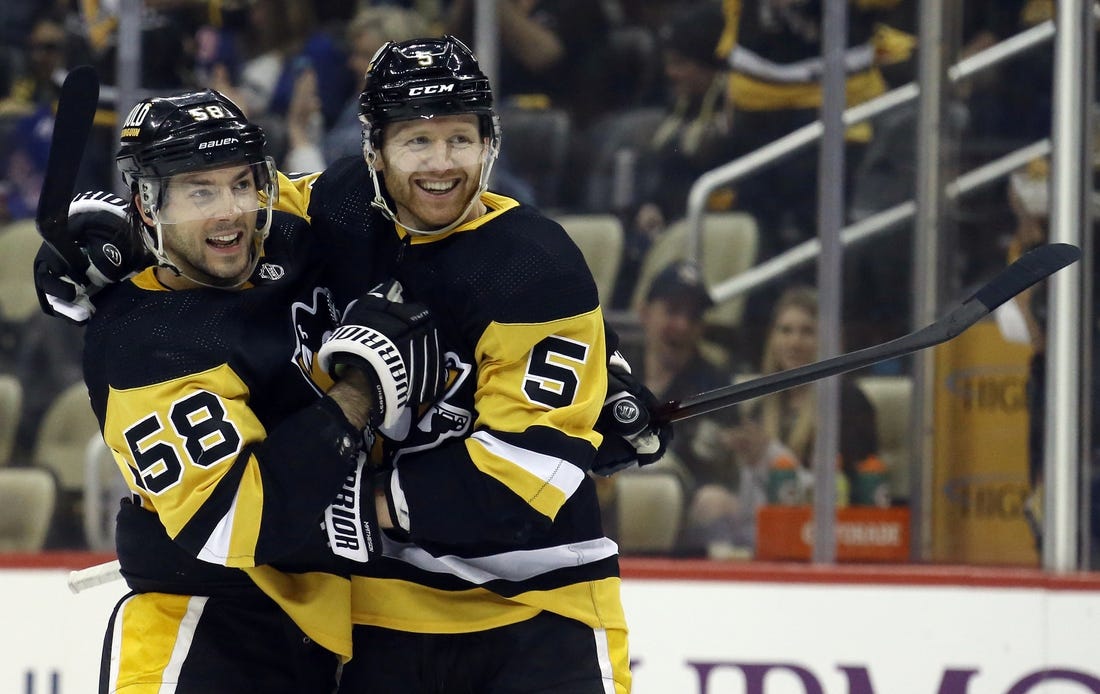 The victory gives Pittsburgh a 3-1 lead in the best-of-seven, first-round Eastern Conference playoff series. The Penguins could close out the series in Game 5 on Wednesday in New York.

Alexis Lafreniere and Adam Fox scored for the Rangers.

New York goaltender Igor Shesterkin, who was pulled following one period in Game 3, got yanked after the second on Monday. He gave up six goals on 30 shots. Sub Alexandar Georgiev stopped 10 of the 11 shots he faced.

The Rangers struck first. Lafreniere, from above the right hash marks, used Letang as a screen and placed the puck under Domingue’s glove at 2:06 of the first period.

Crosby tied it on a power play at 11:17 of the first. From the right post, he whacked the puck under Shesterkin’s pad after a Letang shot. The play required a review to confirm the goal.

At 3:14 of the second, Crosby won a faceoff back to Matheson, whose shot from the center point went in off the stick of New York’s Frank Vatrano to make it 2-1.

Guentzel scored 24 seconds later to extend the lead to 3-1. He directed the puck in on a backdoor feed from Crosby. That gave Guentzel five goals in the series’ first four games.

Friedman scored at 11:22 of the second when his shot from the slot was another that went in off Vatrano, pushing the Penguins’ lead to 4-1.

At 14:04 of the second, Fox pulled the Rangers within 4-2 when his shot from the far side of the left circle went in off Matheson’s skate.

Heinen scored on a backhanded redirect of a Letang shot with 1:07 left in the middle period. Carter redirected a Jason Zucker shot with 32 seconds remaining to put the Penguins in control 6-2 going into the third.

At 12:22 of the third, Malkin roofed a feed from Kasperi Kapanen.