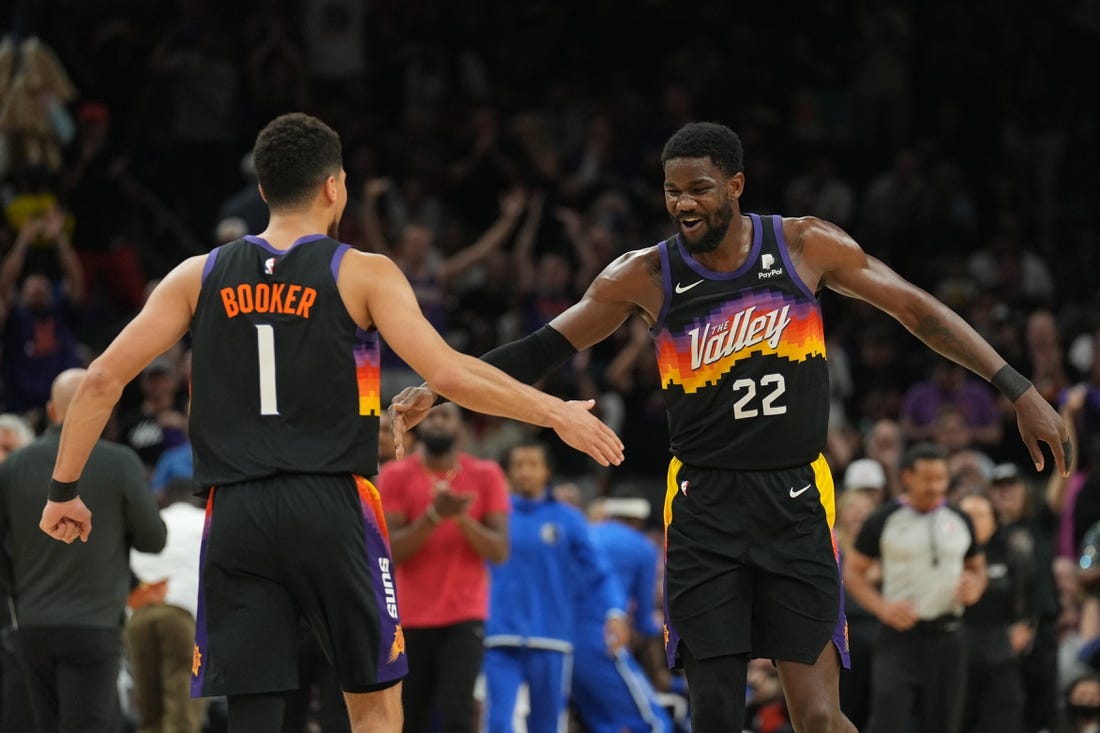 Deandre Ayton scored a team-high 25 points and the Phoenix Suns dominated the visiting Dallas Mavericks on the boards en route to a 121-114 victory in Game 1 of their Western Conference semifinal series Monday night.

Devin Booker contributed 23 points to a balanced attack, with nine rebounds and eight assists. Chris Paul had 19 points, Cam Johnson 17, Mikal Bridges 13 and Jae Crowder 11 as the top-seeded Suns held serve in a best-of-seven that continues Wednesday in Phoenix.

Luka Doncic finished with 45 points — one shy of his postseason career-high — for the Mavericks, who were outrebounded 51-36 and lost despite outscoring the host 48-33 on 3-pointers.

Coming off a hard-fought win over the New Orleans Pelicans in six games, the Suns wasted no time gaining the upper hand on the fourth-seeded Mavericks, scoring the game’s first nine points. Crowder contributed a 3-pointer to cap the run.

Phoenix went on to lead by as many as 15 later in the first quarter, 18 in the third period and 106-85 on a dunk by JaVale McGee with 8:48 remaining before coasting home.

With Ayton hitting 12 of his 20 shots, the Suns outshot the Mavericks 50.5 percent to 47.1 percent. Phoenix led the NBA with a 52.3 percent shooting percentage in the first round, while Dallas allowed just 44.3 percent shooting, third-best in the league, in its opening-round win over the Utah Jazz.

The Suns also helped themselves with 13 offensive rebounds and a perfect (18-for-18) at the free throw line, with Booker going 8-for-8.

Ayton picked up right where he left off in the first round, when he had four 20-plus-point games, with a high of 28. He and Crowder each had eight rebounds.

Doncic was the game’s leading rebounder with 12, completing his ninth double-double in 17 playoff games. He missed a fourth career postseason triple-double by two assists.

His 45 points gave him six 40-point playoff games. His postseason career-high of 46 came last year in Game 7 of Dallas’ opening-round loss to the Los Angeles Clippers.

Maxi Kleber chipped in with 19 points for Dallas, which also lost Game 1 in the Utah series before rallying to take four of the next five. Dorian Finney-Smith added 15 points and Jalen Brunson 13.