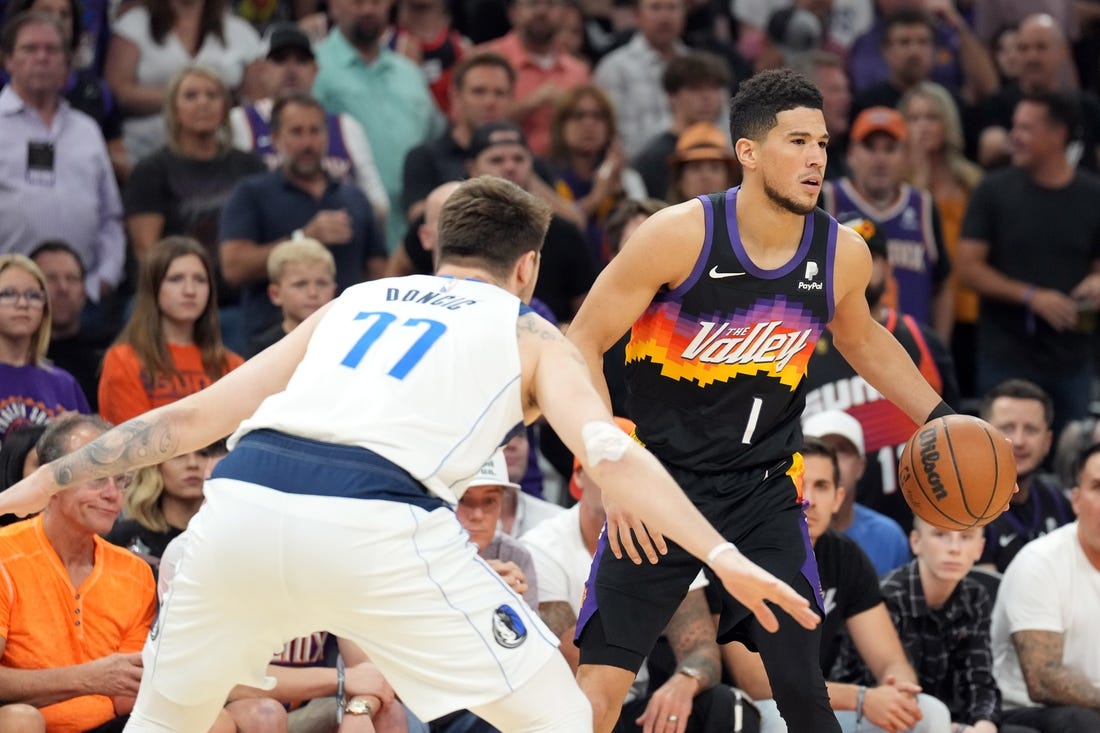 Devin Booker scored 28 points and led a third-quarter surge as the host Phoenix Suns defeated the Dallas Mavericks 110-80 on Tuesday night to take a 3-2 lead in their Western Conference semifinal series.

Booker scored 12 points and Deandre Ayton, who finished with 20 points, had eight as the Suns outscored the Mavericks 33-14 in the third quarter to take command. Mikal Bridges and Cameron Johnson wound up with 14 points each and Chris Paul had 10 assists and seven points.

The Suns can advance to the conference finals by winning Game 6 on Thursday, but that would require the first victory by the visiting team in the series.

Doncic’s jumper started the third-quarter scoring and pulled Dallas within 49-48. Then the Mavericks went cold.

Ayton had four baskets and Booker made two 3-pointers and a free throw during a 17-0 run that gave the Suns a 68-50 lead.

Doncic made one of two free throws to stop the run and added a 3-pointer for the Mavericks’ first basket in nearly six minutes to trim the lead to 14.

But Johnson made baskets to start and complete a 14-6 run that gave Phoenix an 82-60 lead at the end of the third quarter. The Suns outscored the Mavericks 61-34 in the second half.

Dorian Finney-Smith hit two 3-pointers and Doncic and Maxi Kleber made one each as the Mavericks took a 24-16 first-quarter lead.

Booker scored four straight Phoenix points as the Suns trimmed the deficit to 26-23 at the end of the quarter.

Phoenix got within one point before Bertans scored seven straight Dallas points to push the lead to 38-30.

Ayton and Booker scored four points each as Phoenix pulled even at 40 late in the second quarter.

The score was tied twice more before the Suns took a 49-46 halftime lead.