Nikki McKibbin, a contestant in the first season of American Idol, in 2002, died at the young age of 42. She reached the finals and came third in the show, behind winner Kelly Clarkson and runner up Justin Guarini. Her performances included songs by many popular singers including Alanis Morisette and Janis Joplin. Her rendition of Alannah Myles’ “Black Velvet” was one of her best performances. She impressed the famous judges including Paula Abdul, Simon Cowell and Randy Jackson.

Redeye Radio host Gary McNamara tweeted on his official twitter @garyredeye1, “I witnessed my friend Nikki (McKibbin) Sadler go from a Karaoke bar to finalist on 1st year of American Idol. She is on life support after suffering an aneurysm. They will end life support tonight. Please pray for her husband Craig and family. I am heartbroken.” Guarini also fondly remembered her in his tribute on Twitter.

McKibbin began her career on Popstars in 2001. After her win in American Idol she signed a deal with RCA and 19 Records but the deal fell through. In 2007 she released a rock album, “Unleashed.” In 2008  she was one of the contestants in the VH1 reality show “Celebrity Rehab With Doctor Drew” and “Sober House” a spinoff of the Celebrity show. She participated in “Fear Factor” and Bravo’s “Battle of the Network Reality Stars.” 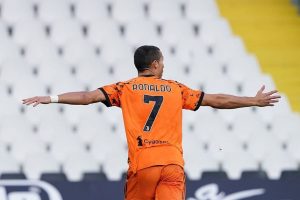