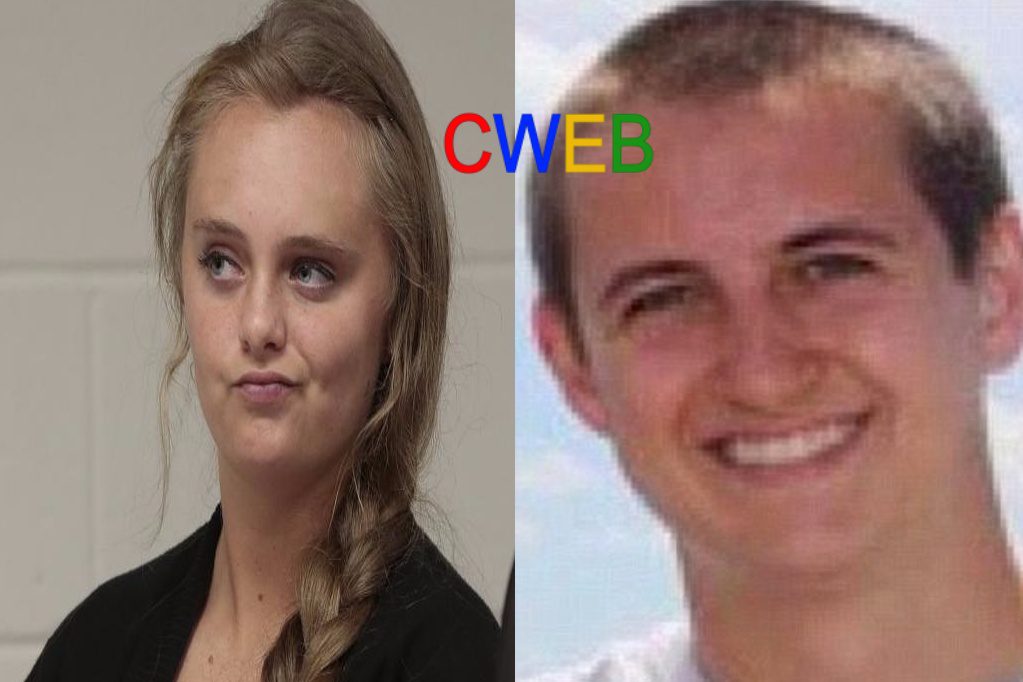 Michelle Carter has been found guilty of involuntary manslaughter for urging her boyfriend, Conrad Roy III, to commit suicide via text message.

Michelle Carter, who was charged with involuntary manslaughter for encouraging her teenage boyfriend to commit suicide in text messages & phone calls. Encouraging him to the point when he tried to kill himself by running exhaust fumes inside his truck and he backed out and got out of the truck she called him and ordered him to get back in the truck, which he did, and she then listened to his dying gasps for breath.

I followed the trial because I was appalled at what a deplorable excuse for a human being she is. It was testified in trial that she encouraged her boyfriend to take his own life so she could seek attention as the “grieving girlfriend”. Sickening.

She was on trial for encouraging her boyfriend to kill himself over text message, and now faces up to 20 years in prison.

JoJo Siwa’s recent posts and videos on YouTube and other media imply that she is gay
ShareTweetSharePin    JoJo Siwa, of Dance Moms and Masked Singers, has recently uploaded photos and videos that suggest...
QAnon Shaman Lawyer Says That Client Jake Angeli claims he was “duped” by Trump
ShareTweetSharePin    Al Watkins is a St. Louis attorney who is representing ‘QAnon Shaman’ Jacob Angeli Chansley....
Renowned TV and Radio Host, 87-Year Old Larry King Is Dead
ShareTweetSharePin    Veteran radio and TV host Larry King, who hosted the popular show Larry King Live on CNN for...
Coronavirus can be sexually transmitted and have your testicles to swell so Big and lead to infertility study finds
ShareTweetSharePin   While a majority of the infections result in asymptomatic cases, mild or moderate infection, a...
Singer Adele 32 and CEO husband Simon Konecki 46 Reach Divorce Settlement After Two Years
ShareTweetSharePin    Adele and her husband have finally announced that they have reached a divorce settlement after...
Senate Confirms America’s First Black Defense Secretary Retired General Lloyd Austin
ShareTweetSharePin    On Thursday, the Senate confirmed retired Gen. Lloyd Austin as the defense secretary of the...
Covid-19 Pandemic Delays Release of James Bond’s “No Time to Die”
ShareTweetSharePin    It is indeed ironic that the pandemic  which has caused more than two millions of deaths...
Constitutional Republicans Who Impeached Donald Trump Are Already on The Chopping Block
ShareTweetSharePin    Although GOP leaders are trying to move away from the horrifying events that unfolded after a...
FBI offers $75G reward for information on suspect who left pipe bombs in DC
ShareTweetSharePin    On Thursday, the office of the federal authorities said that they would offer up to $75,000 for...
HBO Gives High Priority to “Tales of Dunk and Egg” a prequel of Game of Thrones
ShareTweetSharePin    George R. R. Martin’s prequel that chronicles the happenings before the Game of Thrones is set...
Republicans Josh Hawley, Ted Cruz named in ethics complaint filed by Senate Democrats
ShareTweetSharePin    An ethics complaint, filed by a group of Democrats, against Republican Sens. Josh Hawley and Ted...
A Vision in White: Kate Perry’s Thom Browne Outfit Add Style as She Lights Up the Inauguration Visually and Vocally
ShareTweetSharePin   Kate Perry set the audience ablaze as she belted out her song “Firework” in her performance at Joe...
French Publishers Will Get Paid for News Content by Google: Stocks Rise
ShareTweetSharePin       After several rounds of talks between Google and France’s Alliance de la Presse...
China Imposes Sanctions on Departing Trump Officials Mike Pompeo, Robert O’Brien, Kelly Craft, Peter Navarro, John Bolton, Stephen Bannon, Alex Azar
ShareTweetSharePin    Almost 30 administration officials from the Trump era have been hit by sanctions imposed by the...
Apple Produces More iPhone 12 Pro and Less iPhone 12 Mini
ShareTweetSharePin      Apple has tweaked its production capacities to meet changing demands. Demand versus supply is...
Amanda Gorman Creates History as Youngest U.S. Inaugural Poet
ShareTweetSharePin   Amanda Gorman created history by becoming the youngest ever inaugural poet at the Presidential Inauguration...
Former U.S. Presidents George W. Bush, Barack Obama and Bill Clinton Wish President Biden Success in A Joint Video and Honor His Call for Unity
ShareTweetSharePin     On Wednesday evening former Presidents George W. Bush, Barack Obama and Bill Clinton presented a...
Avril Haines confirmed by Senate to lead U.S. Intelligence Agencies
ShareTweetSharePin    On Wednesday evening, the Senate confirmed Avril Haines as the first official cabinet member of...
Many Newspaper Front Page Headlines Across The World Quote Biden’s “Democracy has prevailed” - “Don’s gone…let’s go Joe!”
ShareTweetSharePin     Today, less than 24 hours after Joe Biden has assumed the role of President of the United States...
China Calls Pompeo “doomsday clown” over genocide claims
ShareTweetSharePin    On Wednesday, China’s Foreign Minister has called the outgoing U.S. Secretary of State, Mike Pompeo...
Inauguration Day January 20,2021: Joe Biden Sworn in As the President of The United States, Kamala Harris Sworn in As the Vice President
ShareTweetSharePin    Joe Biden has been sworn in as the President of America and Kamala Harris has been sworn in as...