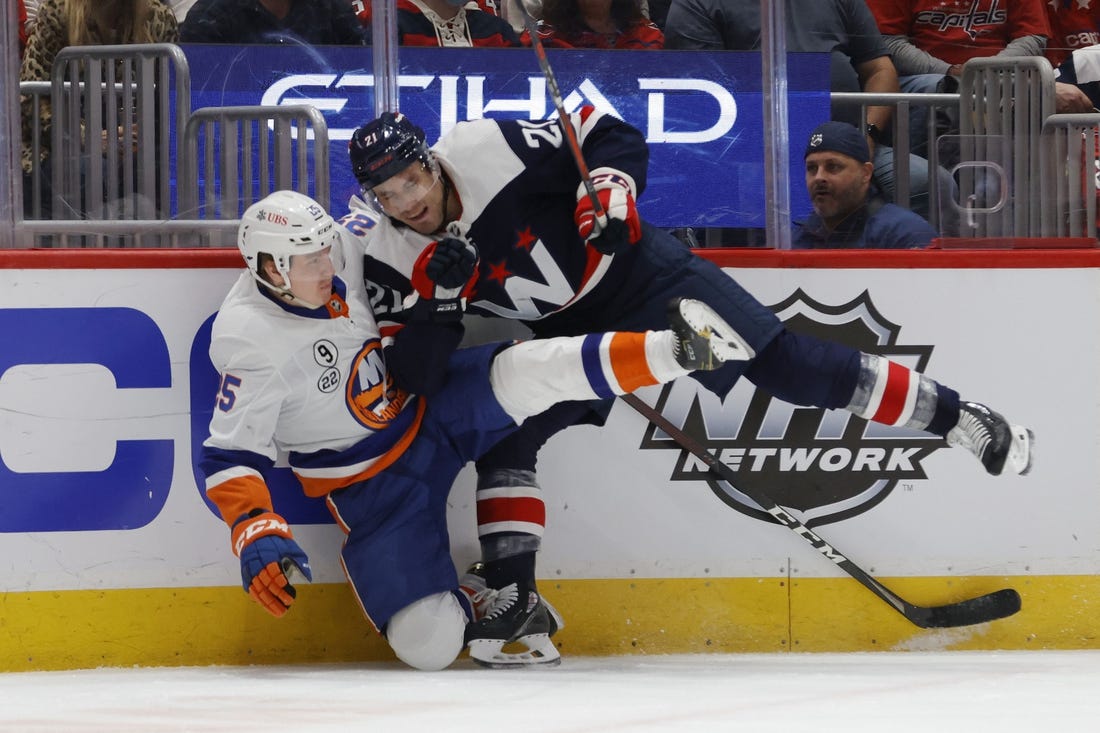 Noah Dobson scored the tiebreaking goal early in the third period Tuesday night for the visiting New York Islanders, who beat the Capitals 4-1 and prevented Washington from climbing out of an Eastern Conference wild-card spot.

Conor Sheary scored in the first for the Capitals (44-24-12, 100 points), who remained one point behind Pittsburgh in the race for third place in the Metropolitan Division. The Penguins (45-25-11, 101 points) lost to the Edmonton Oilers 5-1 on Tuesday.

The fourth-place finisher in the Metropolitan will be relegated to the second wild card and a first-round date with the East’s top seed, the Florida Panthers. The third-place finisher will play the second-place New York Rangers.

Goalie Ilya Samsonov recorded 22 saves for the Capitals, who played without Alex Ovechkin after he sustained an upper-body injury in Washington’s 4-3 shootout loss to the Toronto Maple Leafs on Sunday.

Sheary gave the Capitals a brief lead when he redirected a shot by Marcus Johansson 10:24 into the first.

Pulock tied the game by scoring on the power play with 3:42 left in the opening period. His sizzling slap shot sailed beyond the glove of Samsonov, who was screened by a trio of teammates as well as the Islanders’ Zach Parise.

New York scored on the power play again 2:56 into the third, when Dobson’s slap shot glanced off the post and into the net as Lee began creeping into Samsonov’s lane.

Cizikas extended the lead with a highlight-reel worthy, unassisted short-handed goal just under six minutes later. Samsonov tried clearing the puck from behind the net, but Cizikas cut in front of Dmitry Orlov before the two fell to the ice. Cizikas, still on the ice, managed to backhand a shot into the upper corner of the net as Samsonov did a frantic 360-degree turn to try and get back into position at the 8:42 mark.

The Islanders iced it with another unassisted goal with 4:43 left, when Lee pounced on a loose puck above the right faceoff circle and beat Samsonov.