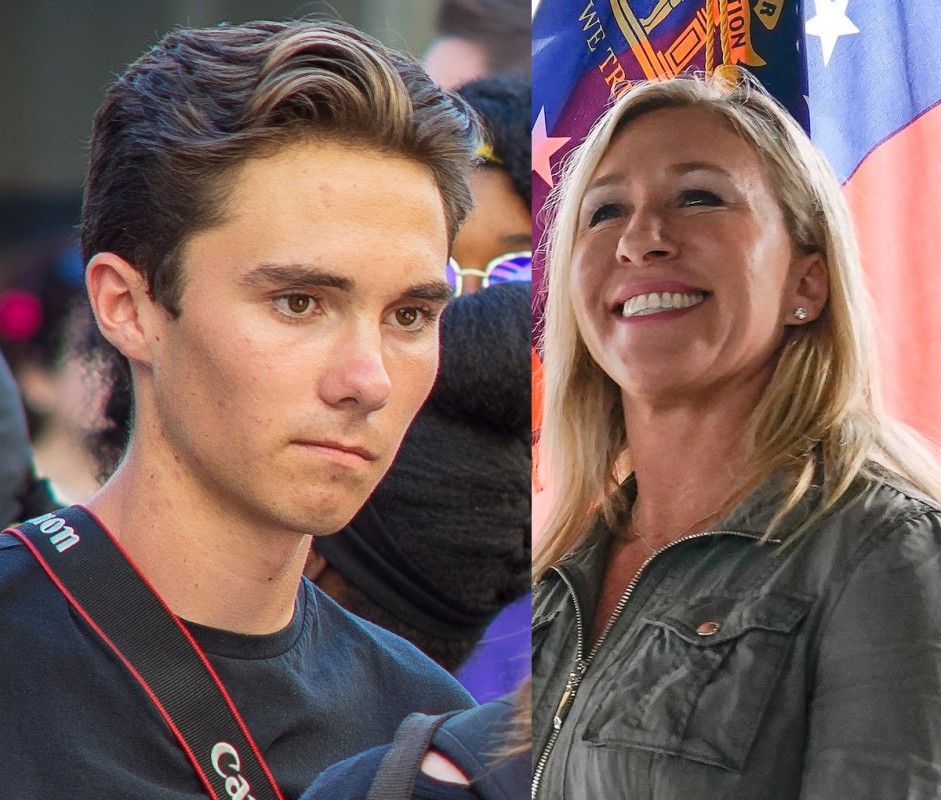 Video surfaced Wednesday showing Rep. Marjorie Taylor Greene, the Republican QAnon believer following David Hogg near the U.S. Capitol, harassing him and trying to get him into responding to her questions.

David Hogg became a gun control activist after the Feb. 14, 2018, massacre that killed 17 people and wounded 17 others at his school, Marjory Stoneman Douglas High School in Parkland.

You think we want to be doing this ?@mtgreenee

No- I’d much rather be able to be a college student but I & others can’t & you know why?

Bc corrupt politicians like you have made it so it’s on the survivors of Gun violence to end gun violence bc you can’t do your damn job https://t.co/XvAwR9Jjrw

David, why are you supporting the red-flag laws? If there had been, if Scot Peterson, the resource officer at Parkland, had done his job, then Nikolas Cruz wouldn’t have killed anybody at your high school, or at least protected them. Why are you supporting red-flag gun laws that attack our Second Amendment rights, and why are you using kids to get — as a barrier?

Do you not know how to defend your stance? Look, I’m an American citizen, I’m a gun owner. I have a concealed carry permit. I carry a gun for protection for myself, and you are using your lobby and the money behind it and the kids to try to take away my Second Amendment rights.

If school zones were protected by security guards with guns, there would be no mass shootings at schools. Did you know that? The best way to stop a bad guy with a gun is with a good guy with a gun, and yet you’re attacking our Second Amendment.

That was David Hogg right there. David, we saw him right there inside the Senate building. He had 30, 30, um, appointments where he ran around and got to talk to senators. I got to talk to none. None! He had media coverage all over the place. I had zero. Guess what? I’m a gun owner, I’m an American citizen, and I have nothing, but this guy with his George Soros funding and his major liberal funding has got everything. I want you to think about that. That’s where we are. And he’s a coward. He can’t say one word because he can’t defend his stance.

On Tuesday, CNN reported that Greene Greene showed her support for executing well-known Democrats before she ran for Congress in 2020. A supporter of the QAnon conspiracy Greene was elected to the House in November after winning the Republican primary in a heavily conservative district in Georgia.