What are the Hadid’s struggling with behind their perfect exteriors? 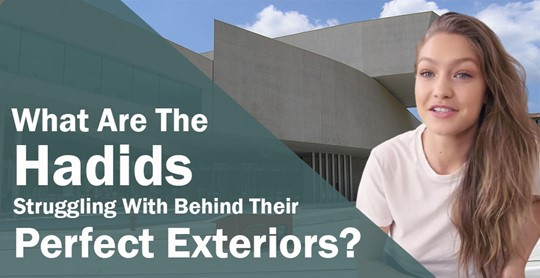 Over the past decade, the Hadid’s have garnered the most popularity as a family of models in the fashion industry and are called the ‘first family’ of fashion. All three children, Gigi, Bella, and Anwar are runway and campaign models with a net worth of more than $57 million. The gorgeous sisters are not only the top choice for fashion designers but have built their own empire that dominates the covers of international magazines.

With their perfect exteriors and successful careers, you may think that they have it all, but no human is immune to struggles. Gigi Hadid recently opened up about her familial hardships, which the world had no idea about.  Three of her family members, which include her mother and siblings, have Lyme disease.

Infected tick bites cause Lyme disease, and the symptoms include fever, headache, and fatigue, and skin rash. Initially, Yolanda Hadid, the mother, was diagnosed, and soon after, Bella and Anwar followed. It’s not uncommon since a family shares the same exposure, travels, animals, and yard that can infect members of the same family.

The disease has taken a serious and taxing toll on the entire family, especially Gigi, who suffers from survivor’s guilt at not being able to relate to what the whole family is going through. Although Gigi may not have Lyme disease, she is facing her own demons with her health. She was diagnosed with the Hashimoto’s disease, a chronic ailment that results when the thyroid is underactive.

This disease is rarely seen at such a young age and takes medicines that can have adverse side-effects if taken for prolonged periods. She’s been managing her treatment with alternatives such as CBD and other holistic methods.

The Hadid family is an inspiration in the way they handle their struggles and keep working while maintaining calm and positive appearances. They have taken to various platforms to create awareness about Lyme disease and are following their passions besides modeling. Bella is a photography enthusiast, while Gigi is athletic and plays volleyball. Anwar has found his calling in designing uni-sex jewelry apart from modeling on the runway. Their mother taught them the true value of hard work, and it is her upbringing that keeps the family close.

Everyone is fighting a battle, and it always pays to be kind to each other. You never know what is going on behind their calm and put-together facades.