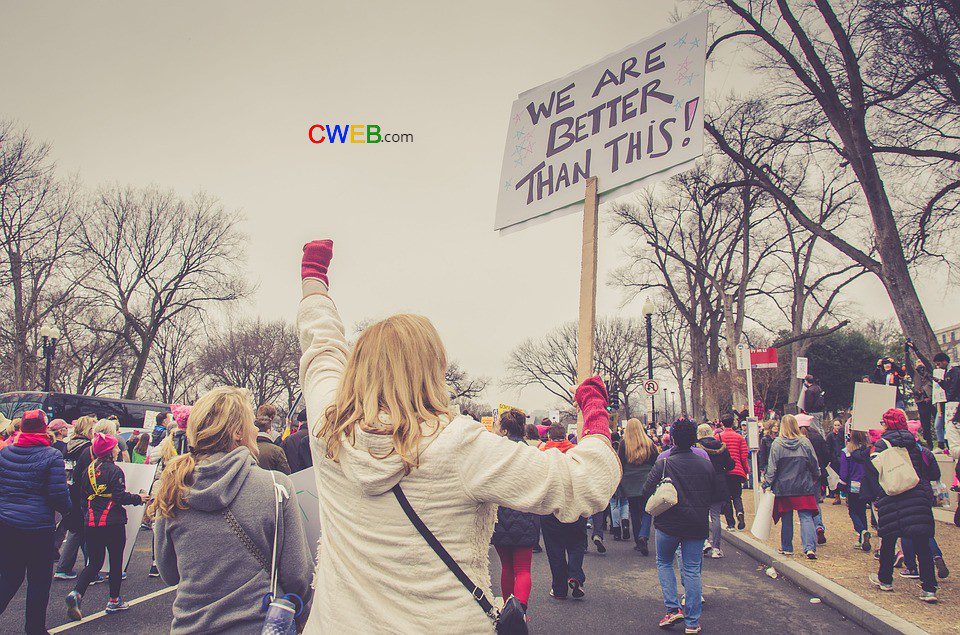 Women on the 2018 ballot are busting perceptions of motherhood and leadership – CWEB.com

Sen. Tammy Duckworth, the first United States senator to give birth while in office has been seen on Capitol Hill with her newborn nestled in her lap.

Two Democratic gubernatorial candidates, Maryland’s Krish Vignarajah and Wisconsin’s Kelda Roys, made waves with campaign ads that, in addition to touting their capabilities as leaders, also show them nursing their babies.

A Democratic congressional candidate in New York, Liuba Grechen Shirley, was just granted permission from the Federal Election Commission to use campaign funds to cover the cost of child care while she runs for office.

Plus, women are running for office in record numbers this year. Among their many experiences, roles and identities, many are emphasizing being a mom.

What does this acknowledgment of motherhood tell us about U.S. politics today? As I have discussed in my work as a scholar of gender and politics, women running for office have not traditionally made motherhood central to their candidacies.

Here’s why that appears to be changing.

In the past, women who ran for office typically did not have young children. Research shows that women who are professionally best positioned to run for office are less likely to have children than men, and that female officeholders are more likely than their male counterparts to not have children.

If female candidates did have children, they were often adult children – making their role as a mother less intensive and less central to their personal narrative at the time of their candidacy. Scholars have shown that women who hold office at various levels of government tend to do so when their children are older.

Enter Hillary Clinton, whose groundbreaking presidential candidacy made motherhood central to her political appeals and policy agenda. While Clinton fit the traditional mold of a woman by running when her child was an adult, she made motherhood a major theme in her campaign. She spoke about her own experience of raising a child. She elevated the voices of other mothers and drew attention to their concerns.

And she relied on her own daughter, Chelsea Clinton – who gave birth to her second child just weeks before the 2016 Democratic National Convention – as a key surrogate for her on the campaign trail. By focusing on motherhood in so many ways, it’s possible that her historic nomination may have empowered more women with young children to run for office.

Previously, female candidates with children had to deftly negotiate their role as a mother, rather than fully embrace it. While being a mother fulfills a strong societal expectation associated with womanhood, social psychologists have found that motherhood may be at odds with public perceptions of what strong, competent leadership looks like.

Moreover, women who highlight their children in campaigns may open themselves up to greater scrutiny. Voters may wonder, “Who is caring for your children while you are governing?”

These are the types of questions that Republicans Jane Swift and Sarah Palin faced during their political careers. These are questions that similarly situated male candidates do not receive.

Ironically, today, women without children may face the highest hurdle. There is some evidence that women running for office who do not have children are judged most harshly by would-be voters because childless female candidates violate traditional expectations of women.

Running as a woman

Scholarship, that focuses on the issues that female candidates highlight and the types of voters they reach out to, suggests that making motherhood front and center may be a smart strategy. Scholars have found that in some electoral contexts, female candidates who highlight their gender and target female voters can build a strategic advantage.

For example, as the only woman running in the Democratic primary for the Maryland gubernatorial seat, Krish Vignarajah may distinguish herself from her six male competitors when she highlights her role as a mother. Research suggests she might build an advantage if she talks more about issues that affect women and spends more energy courting women primary voters, because these same approaches may be less effective for her male competitors.

The current focus on motherhood in U.S. politics is a mixed bag.

Candidates who highlight motherhood risk oversimplifying their own complex motivations. They may end up perpetuating the myth that women – perhaps because of motherhood – are best at legislating on issues related to family life, thereby keeping them tethered to the home and hearth.

Moreover, images of motherhood seen in electoral politics often reflect just one form of mothering. They do not embrace many other forms of motherhood and mothering across racial, ethnic and other identity groups.

On the other hand, when we ignore motherhood altogether, we do a disservice to all women. And, importantly, we may perpetuate the myth that women cannot or should not, to paraphrase Rep. Patricia Schroeder, “have a brain and a uterus, and use them both.”