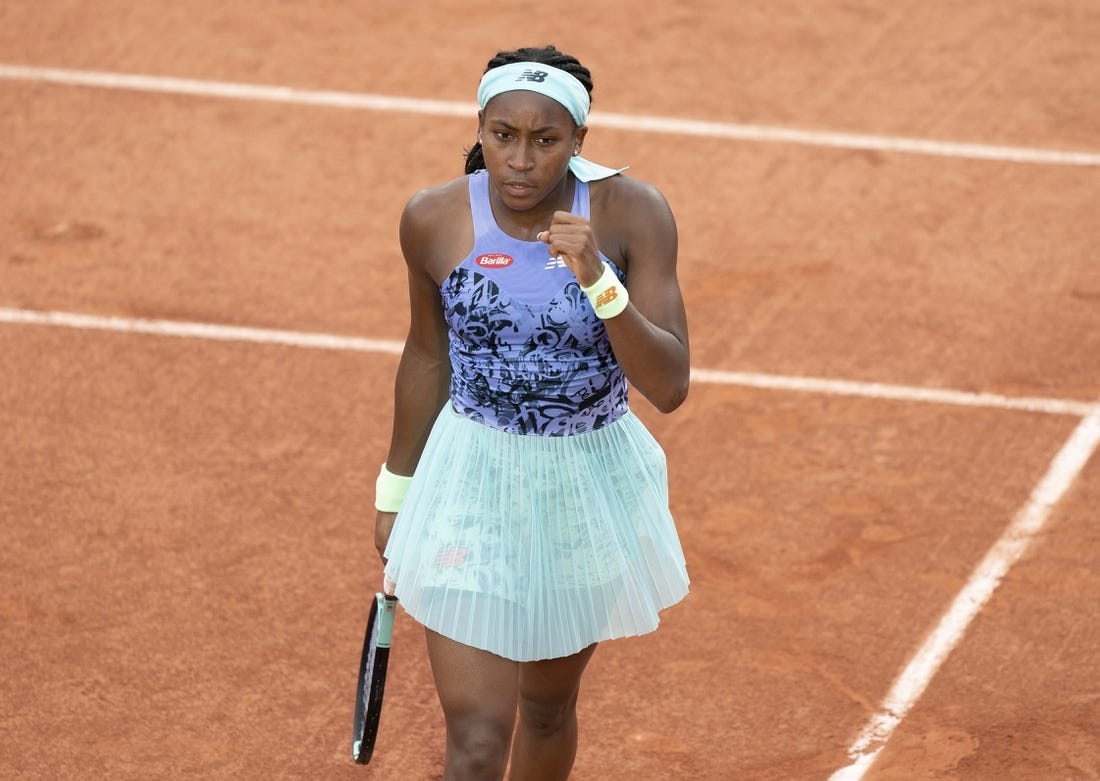 No. 18 Coco Gauff posted a 6-3, 6-4 win over Kaia Kanepi on Friday in Paris to punch her ticket to the fourth round of the French Open for the second straight year.

Gauff recorded six aces and took advantage of 29 unforced errors by Kanepi to dispatch her Estonian opponent in 1 hour and 23 minutes. At 18 years old, Gauff is the youngest woman remaining in the French Open draw.

Gauff dropped her serve to open the match but answered by winning the next five games to seize control. She followed capturing the first set by winning four of the final five games of the second to end the match.

“I knew it was going be a tough match. (Kanepi) beat (former champion Garbine) Muguruza in the first round. … I knew today would be close,” Gauff said. “I’ve been coming to France since I was 10 and trained at the Mouratoglou Academy, so I guess it makes me maybe not a clay-court expert, but not bad at it.”

Gauff advances to face No. 31 Elise Mertens. The Belgian moved on to the fourth round in Paris for the second time, courtesy of a 6-2, 6-3 win over Varvara Gracheva of Russia.

“After the U.S. Open, I did put a little bit more pressure on myself. That’s normal, because I want to reproduce what I did in the U.S. Open over and over again,” Fernandez said. “I think after the first few tournaments, I accepted that I will not be playing the same way every single time. I will just have to find solutions and keep working hard. Over the course of the year I have just been sticking to that, just putting my head down and just grinding it out every day.”

Fernandez, 19, next will face No. 27 Amanda Anisimova, who moved on after Karolina Muchova of the Czech Republic retired due to a right ankle injury. Anisimova was leading 6-7 (7), 6-2, 3-0 at the time Muchova conceded the match.

Aliaksandra Sasnovich of Belarus advanced to the fourth round in Paris for the first time with a 6-4, 7-6 (5) win over No. 21 Angelique Kerber of Germany.