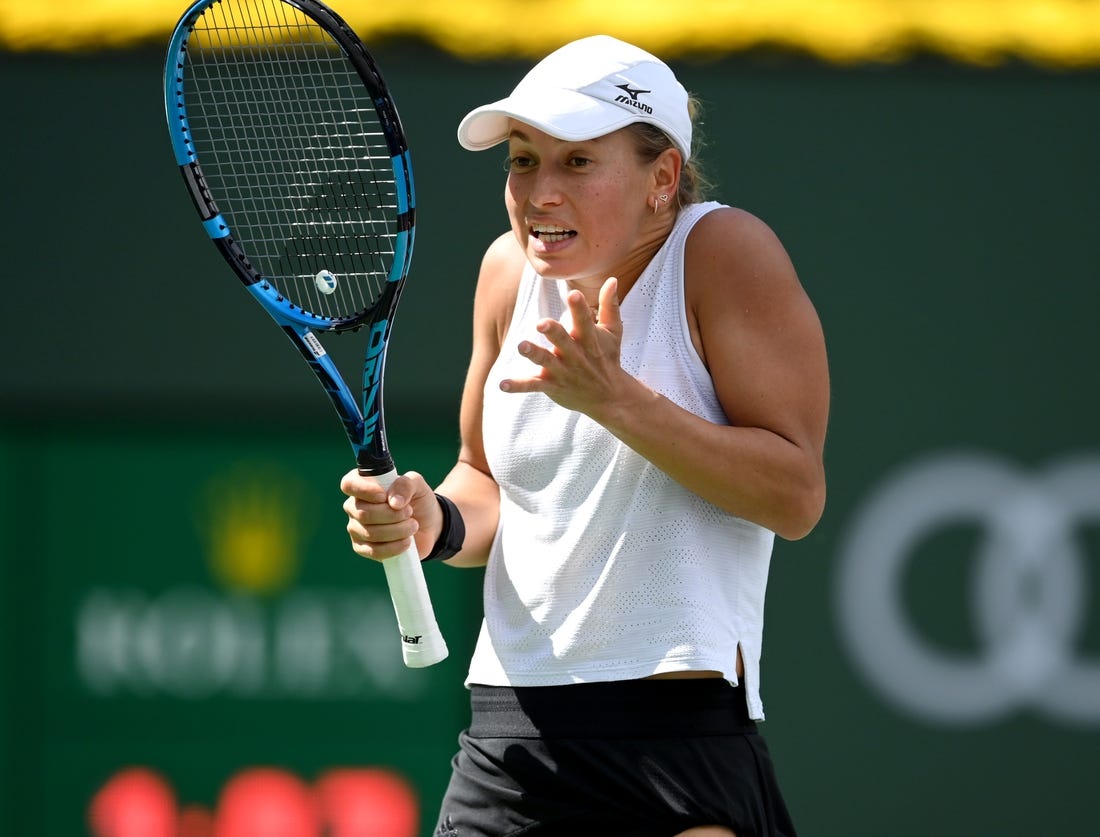 No. 2 seed Yulia Putintseva of Kazakhstan breezed to a 6-3, 6-1 victory over Australian Jaimee Fourlis on Tuesday in the first round of the Palermo Ladies Open in Italy.

Putintseva won 61.5 percent of her points on first return to win the match in 75 minutes. She is the top remaining seed after No. 1 Martina Trevisan of Italy withdrew earlier on Tuesday because of a back injury.

No. 7 seeded Anna Bondar of Hungary posted a 6-4, 6-4 victory over Frenchwoman Clara Burel, while eighth-seeded Nuria Parrizas Diaz of Spain needed three sets to notch a 4-6, 7-5, 7-5 win over Asia Muhammad.

Top-seeded Anett Kontaveit benefited from three double faults by Irina Bara of Romania to record a 6-3, 7-6 (3) win in the first round in Germany.

No. 3 seed Barbora Krejcikova breezed to a 6-3, 6-0 victory over Magdalena Frech of Poland, while eighth-seeded German Andrea Petkovic notched a 6-4, 6-3 win over Misaki Doi of Japan.

Other winners included Katerina Siniakova of the Czech Republic, Aleksandra Krunic of Serbia and Joanne Zuger of Switzerland.