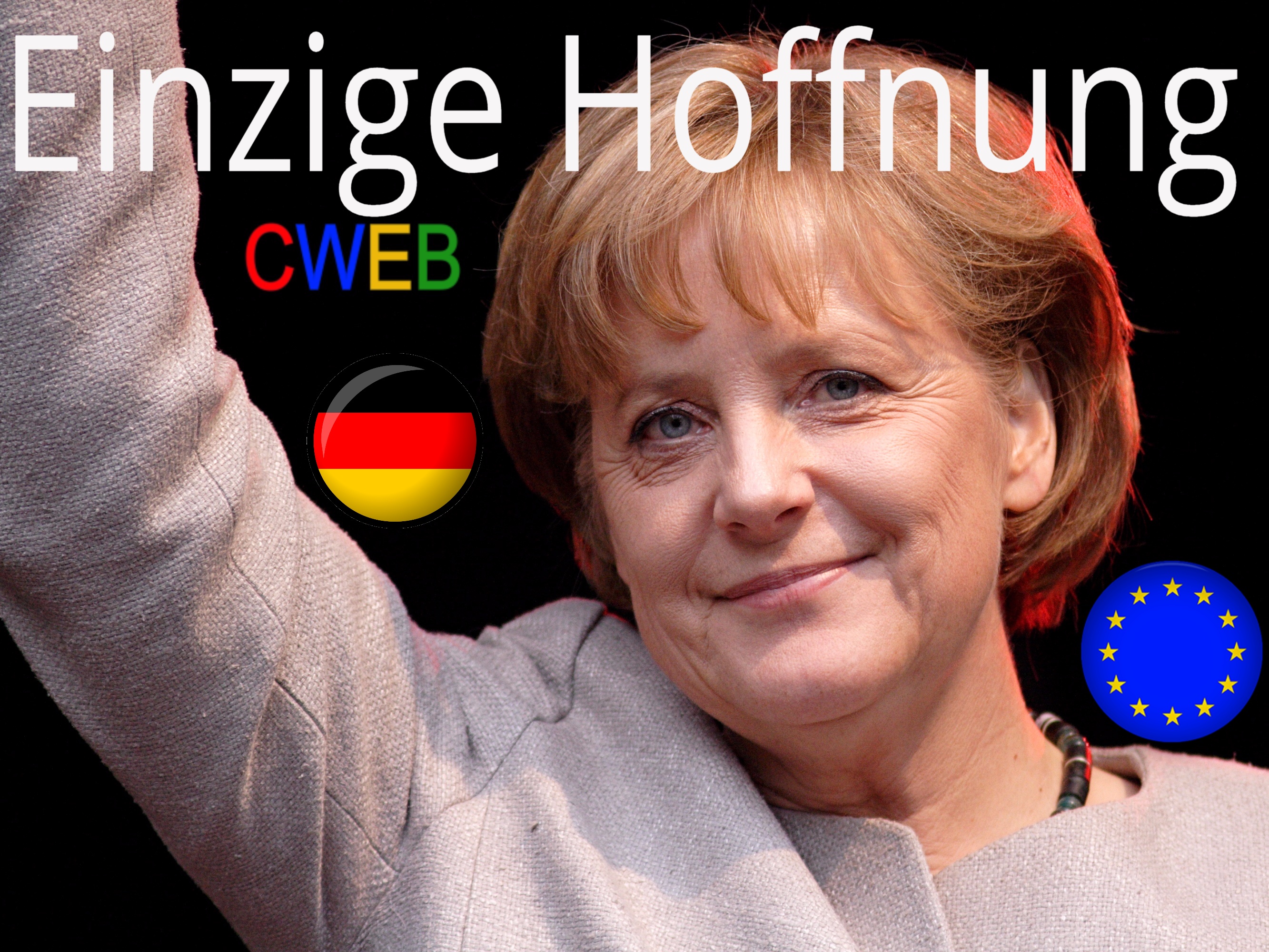 The only hope left for Germany is Angela Merkel…