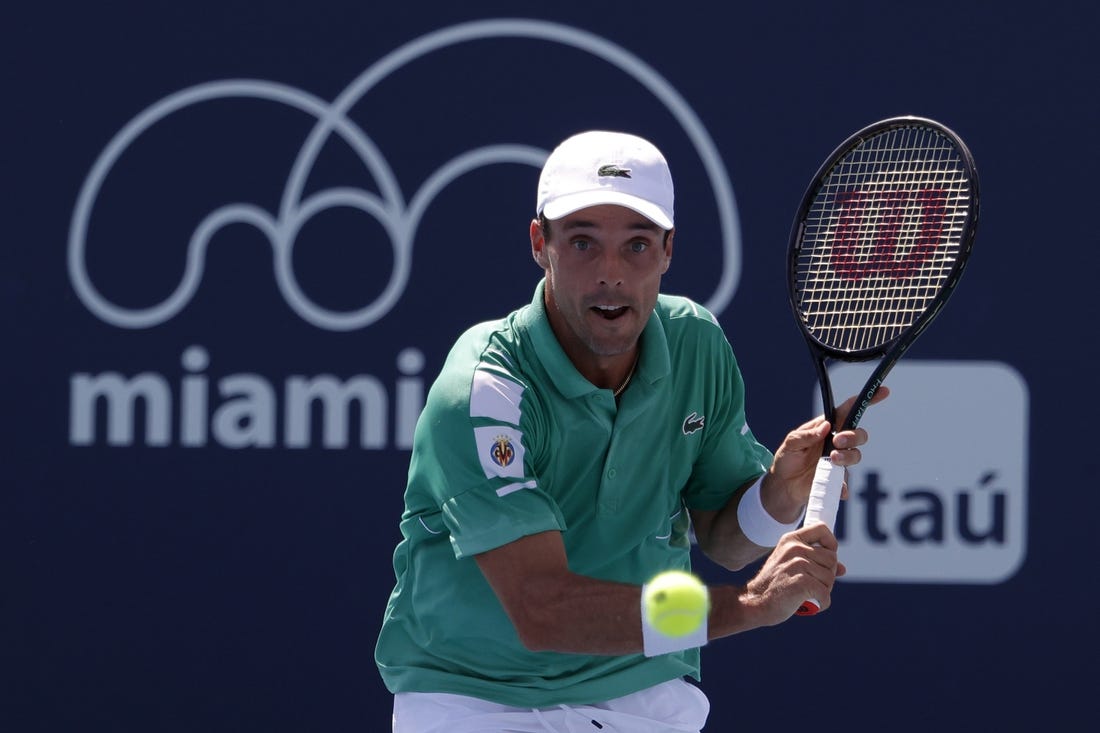 Fifth-seeded Roberto Bautista Agut won 74.4 percent of his first-serve points while rolling to a 6-3, 6-2 victory over World No. 1 Daniil Medvedev on Thursday to reach the semifinals of the Mallorca Championship in Spain.

The Spaniard won 12 straight points early in the second set while easily beating the top-seeded Medvedev, who won’t play at upcoming Wimbledon because of the ban of Russian players due to the war in Ukraine. Medvedev won just 56 percent of his first-serve points.

Bautista Agut will next face Switzerland’s Antoine Bellier, who was a 5-7, 7-6 (5), 6-2 winner over Tallon Griekspoor of the Netherlands.

Second-seeded Stefanos Tsitsipas of Greece reached the semis with the 7-6 (5), 4-6, 6-3 triumph over Marcus Giron. Tsitsipas will face France’s Benjamin Bonzi, who was a 6-3, 6-4 winner over Germany’s Daniel Altmaier.

Maxime Cressy recorded 10 aces while posting a 7-5, 7-5 upset of top-seeded Cameron Norrie of Great Britain to reach the semifinals at Eastbourne, England.

Cressy converted 79.5 percent of his first-serve points in the strong performance. He will next face sixth-seeded Australian Alex de Minaur after the defending champion knocked off Tommy Paul 6-2, 4-6, 6-4.