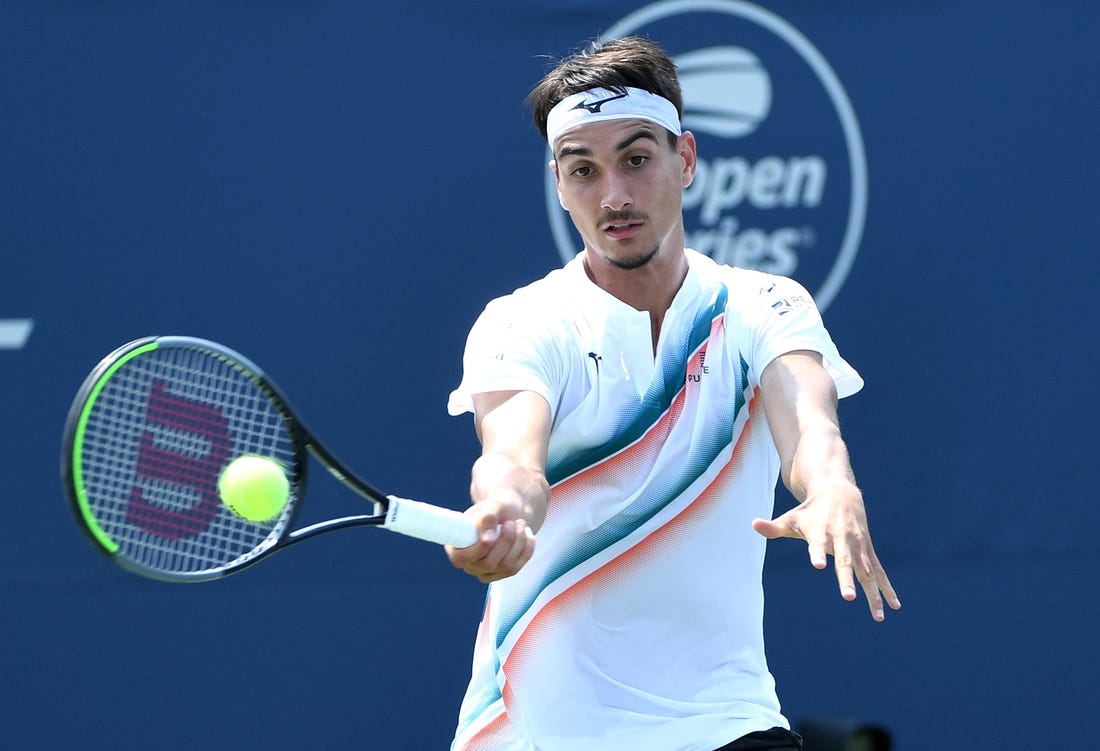 Italy’s Lorenzo Sonego upset sixth-seeded Aslan Karatsev of Russia 7-5, 6-3 on Monday in the opening round of the Moselle Open in Metz, France.

Karatsev contributed to his own downfall by committing six double faults to Sonego’s none. Sonego saved six of the eight break points he faced while also taking advantage of four of his five break opportunities.

In the day’s only other main-draw match, the United States’ Sebastian Korda defeated France’s Hugo Gaston 6-3, 7-6 (2). In the 1-hour, 37-minute match, Korda picked on Gaston’s second serve, winning 15 of 29 points, while Gaston managed to take just 8 of 21 points while facing Korda’s second serve.

Seventh-seeded James Duckworth needed 2 hours, 19 minutes to hold off Australian countryman Alexei Popyrin 7-5, 4-6, 6-1 in the first round at San Diego.

Duckworth finished with a 14-7 edge in aces while Popyrin mixed in five double faults to Duckworth’s one. Duckworth was also particularly effective with his first serve, winning 40 of 47 points (85 percent).

And in an all-Argentine matchup, Tomas Martin Etcheverry defeated qualifier Facundo Mena 7-6 (6), 6-3. Mena staved off two set points in the first-set tiebreaker but couldn’t complete the comeback. Etcheverry got the only service break of the second set for a 5-3 lead, then served out the match.