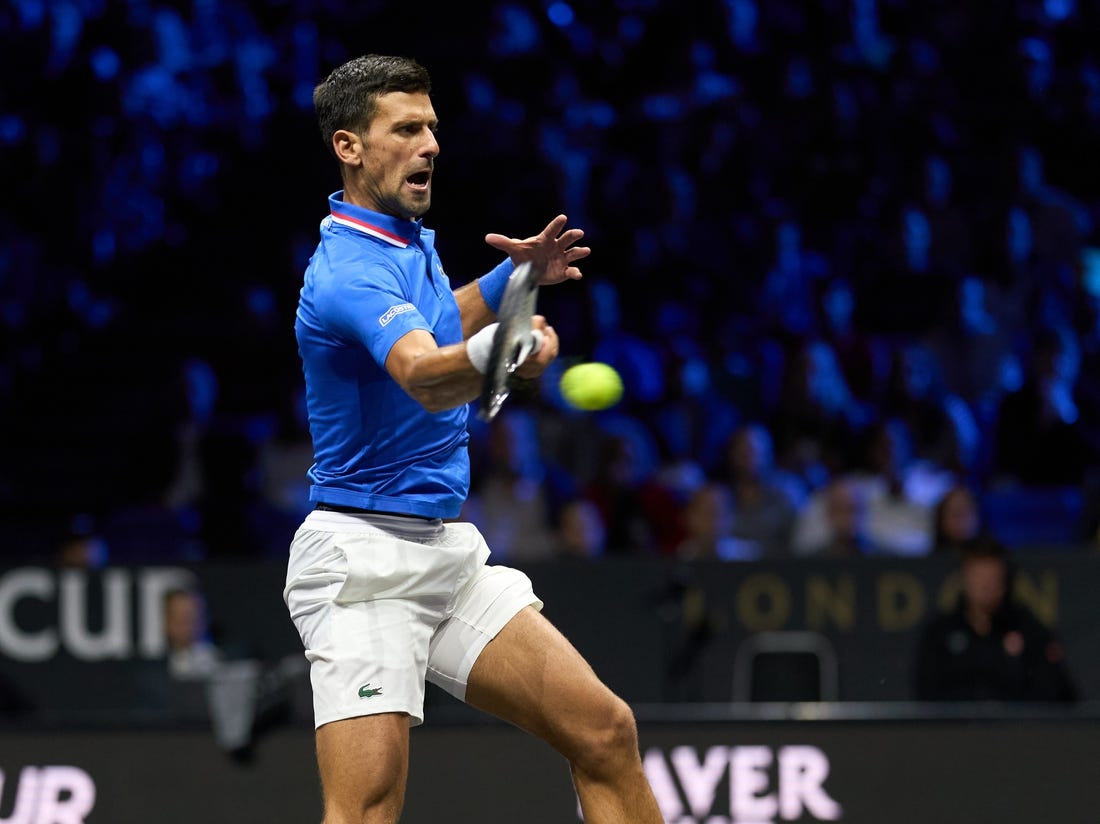 Novak Djokovic sealed a spot in the semifinals of the Nitto ATP Finals, and Stefanos Tsitsipas kept alive his hopes of advancing with a Wednesday win in Turin, Italy.

Djokovic, the Serbian who is seeded seventh, routed sixth-seeded Andrey Rublev of Russia 6-4, 6-1 to improve to 2-0 in the Red Group.

The Nitto ATP Finals are the season finale for the top eight players in the world. After two groups of four play a single round robin, the top two players from each group will advance to a single-elimination bracket.

“I played very, very well,” said Djokovic, who has won the ATP Finals five times. “One of the best matches of the year without a doubt. He is a tough opponent. A great competitor. He possesses a lot of strengths in his game. I managed to find the right attitude and the right game.”

Tsitsipas got the lone service break in the first set against Medvedev, and the second set went to a tiebreaker without any breaks of serve. Tsitsipas then squandered three match points and Medvedev finally prevailed on his fourth set point to pull even.

Medvedev was broken while serving for the match at 5-4 in the third set, and Tsitsipas soon won the first six points of the decisive tiebreaker before sealing the win.

“It was very tiring out there,” Tsitsipas said. “I’m so glad I overcame this and I was able to enjoy it with the crowd.

“It’s a great win and I’m extremely proud of the way I thought. It never seemed to kind of be ending for me. Even on the last game when he was serving, I still felt if I was able to put a few balls in, some opportunity might present (itself), and it did.”