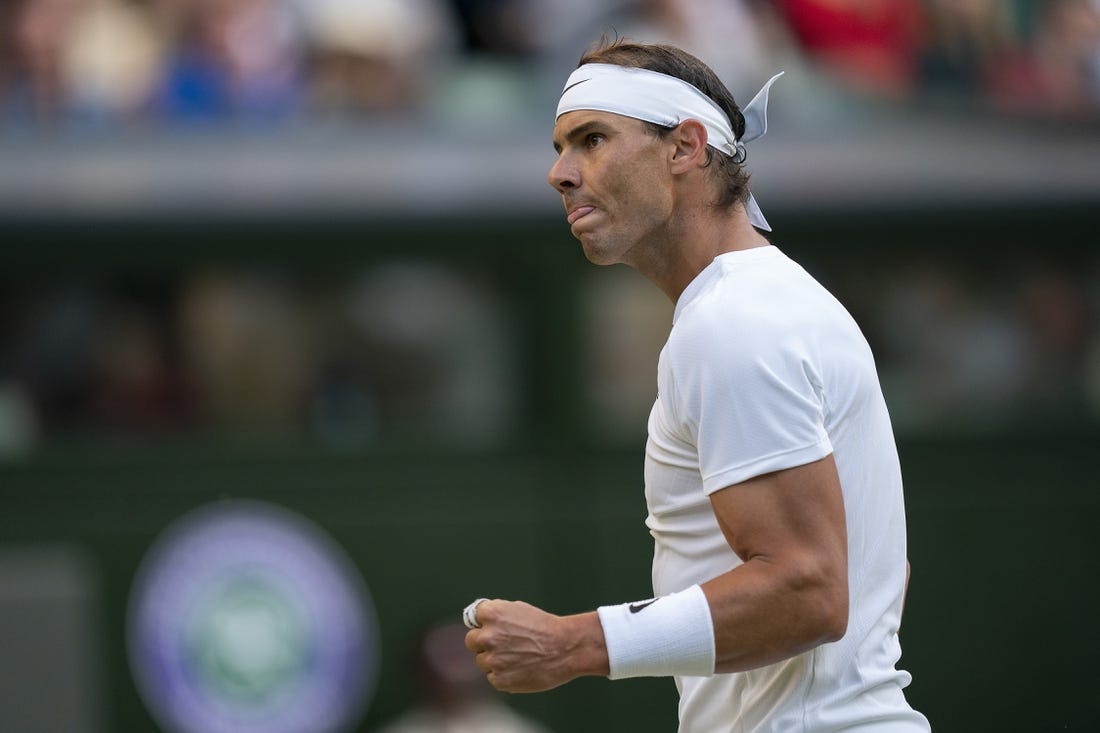 Novak Djokovic may be the No. 1 overall seed at Wimbledon and the defending champion three years running, but he isn’t the biggest liability in Vegas.

That title belongs to French Open winner and No. 2 seed Rafael Nadal, at least at BetMGM.

BetMGM listed Nadal as its biggest liability for the men’s singles draw of Wimbledon as of Tuesday morning. The Spaniard had earned the second-largest share of the handle at 18.9 percent but the highest share of total tickets at 26.5 percent.

Djokovic, who opened at +100 at BetMGM, now stands as an overwhelming -350 favorite at the sportsbook. Nadal — who opened at +1000 — is second at +450 and Australian firebrand Nick Kyrgios owns the third-shortest odds at +800.

Ons Jabeur has become the favorite to win the ladies’ singles competition. Though ranked No. 2 in the world and seeded third in the tournament, Jabeur opened at just +2800 to win at BetMGM.

Now, Jabeur is the highest seed left standing and the +130 favorite at BetMGM. Romanian 16th seed Simona Halep, who won Wimbledon in 2019 among her two Grand Slam titles, is second-favorite at +175 after opening at +1000.

DraftKings has Jabeur at +120 and Halep at +150 as of Tuesday night, hours after Jabeur punched her ticket to the semifinals by beating Czech Republic’s Marie Bouzkova 3-6, 6-1, 6-1. Jabeur was the first Arab or North African player, man or woman, to reach the semis of a Grand Slam.

Jabeur has drawn the second-largest share of the handle (11.9 percent) and the second-most tickets (11.7 percent) at BetMGM. She trailed No. 1 seed Iga Swiatek in both categories; Swiatek lost in upset fashion in the third round of the draw.

Halep has earned the third-largest share of the handle at BetMGM at 8.2 percent.