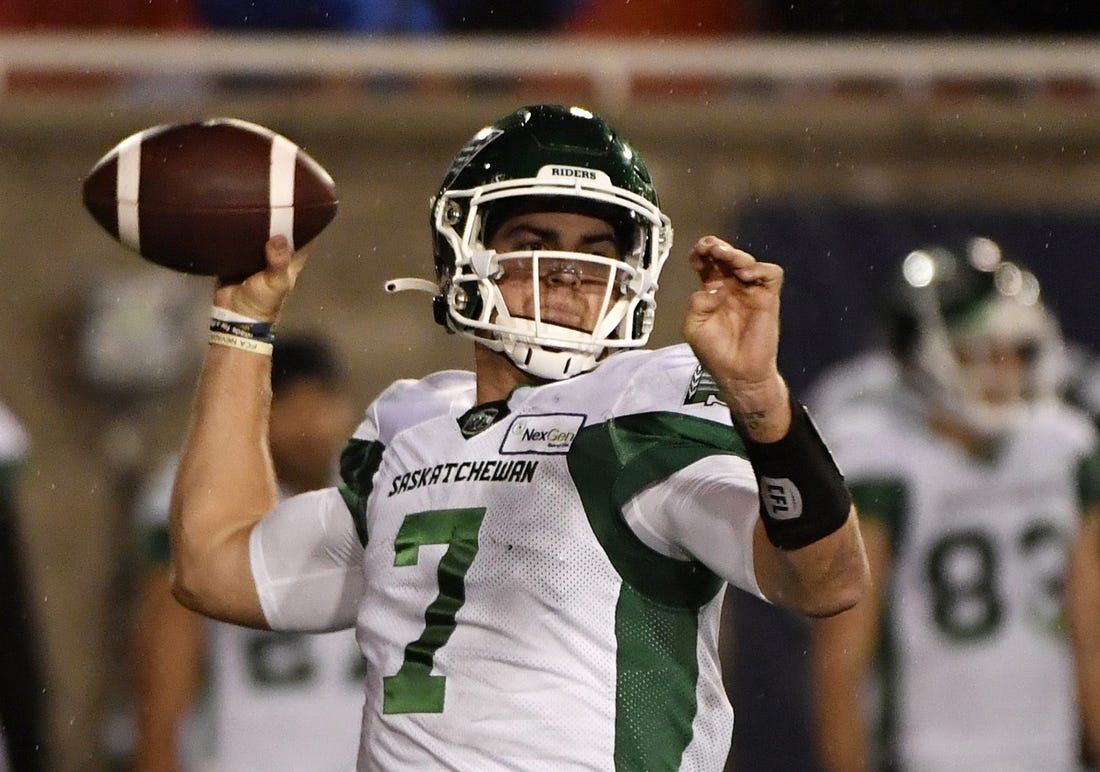 While the Toronto Argonauts are giving up a home game, the Saskatchewan Roughriders have an even longer road trip.

When the teams play Saturday at Wolfville, Nova Scotia, in the CFL’s first Touchdown Atlantic game since 2019, they will meet at Acadia University’s Raymond Field. The 3,000-seat facility has been expanded to 10,000 seats with the help of temporary bleachers.

The game between Saskatchewan (4-1) and Toronto (1-2) took just an hour to sell out when tickets were made available in April. Wolfville, a town of just 5,050 as of last year’s census, is located 56 miles (91 kilometers) northwest of Halifax.

Roughriders quarterback Cody Fajardo said he’s been looking forward to the trip for one reason.

“I’m a big lobster guy,” Fajardo said, according to the Regina Leader-Post. “I like lobster and I hear they have some of the best, so I’m excited about the food.”

Fajardo spent Saskatchewan’s last game feasting on the Ottawa Redblacks’ defense. He completed 17 of 22 passes for 231 yards and two touchdowns in a 28-13 home win, the team’s second straight since a lopsided loss at Montreal.

But the Roughriders’ triumph was marred by defensive tackle Garrett Marino, who earned a four-game suspension for his actions in the game. His illegal late hit on Redblacks quarterback Jeremiah Masoli, which will sideline Masoli until at least late September, got him two games.

Marino drew additional one-game bans for remarks about Masoli’s Polynesian heritage, as well as what was called an “illegal and reckless tackle” of an Ottawa offensive lineman. Marino will not appeal his suspension.

Toronto hasn’t played since a 23-22 loss at home to Winnipeg on July 4. The Argonauts scored a touchdown with 38 seconds left on McLeod Bethel-Thompson’s short pass to Markeith Ambles, but kicker Boris Bede missed the PAT kick.

“That’s the best team in the league and we were right there,” said Toronto running back Andrew Harris.

The Argonauts and Saskatchewan will play again next weekend in Regina.