CHAMP News: John Huston, two others tied for lead after one round at Charles Schwab 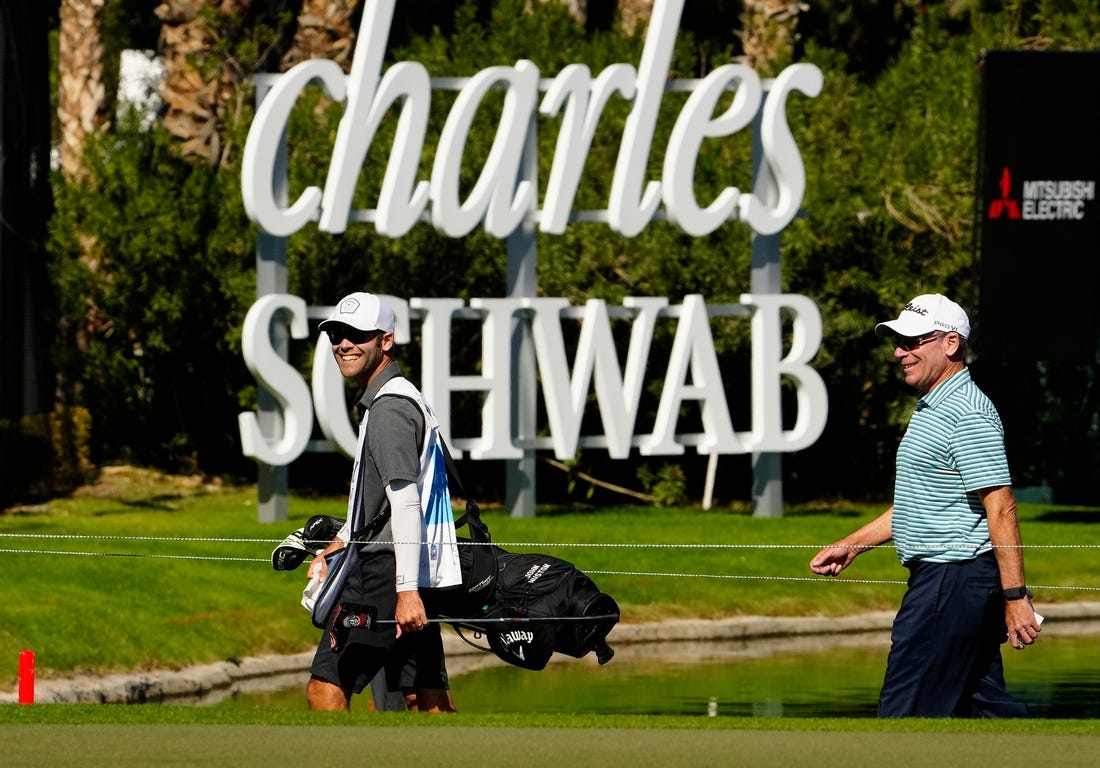 John Huston, Canada’s Stephen Ames and New Zealand’s Steven Alker shot matching scores and sprinted out to a one-stroke lead after one round of play at the Charles Schwab Cup Championship in Phoenix Thursday.

The trio carded 6-under 65s, though each golfer took a different path to get into a share of the lead.

Huston, picked for a middling finish, surged up the pack immediately by scoring birdies on holes 1-2, again finished a stroke under on 5 and 6, then rallied from a bogey on 8 to finish with three birdies on the final five holes (14, 16, 18).

In what was a fast round, Huston credited his normally quick play as helping.

“I think I’m really decisive,” Huston said. “I try not to second guess anything and I’m always ready to hit when it’s my turn and I don’t take a bunch of practice swings. I don’t take any.”

Ames, who scored four birdies over a five-hole stretch from 2-6, cited his overall game as a reason for his strong play.

“A bit of everything,” Ames said. “Hit the ball nicely and my putter got a little hot a couple holes, which is nice. I mean, that’s the majority of the round. Didn’t do anything foolish, kept the ball in play. Made it quite simple, easy, which is nice. Like those 65s.”

Alker, on the other hand, was tabbed the favorite for the championship from the start, and his hallmark, consistency, was on full display Thursday. If there’s any pressure in being the frontrunner, Alker hasn’t felt it yet.

“I’ve been hunted since May, so it’s no — there’s no problem,” he said. “It felt fine. It was like, you know, just another week. Yeah, I’ve got a bullseye there, but to be honest, no.”

Two golfers are a stroke back at 5 under, Germany’s Bernhard Langer and Ireland’s Padraig Harrington.

The rest of the top ten is represented by five players in a tie for sixth at 4 under: Brian Gay, Lee Janzen, Gene Sauers, Spain’s Miguel Angel Jimenez and Thailand’s Thongchai Jaidee.