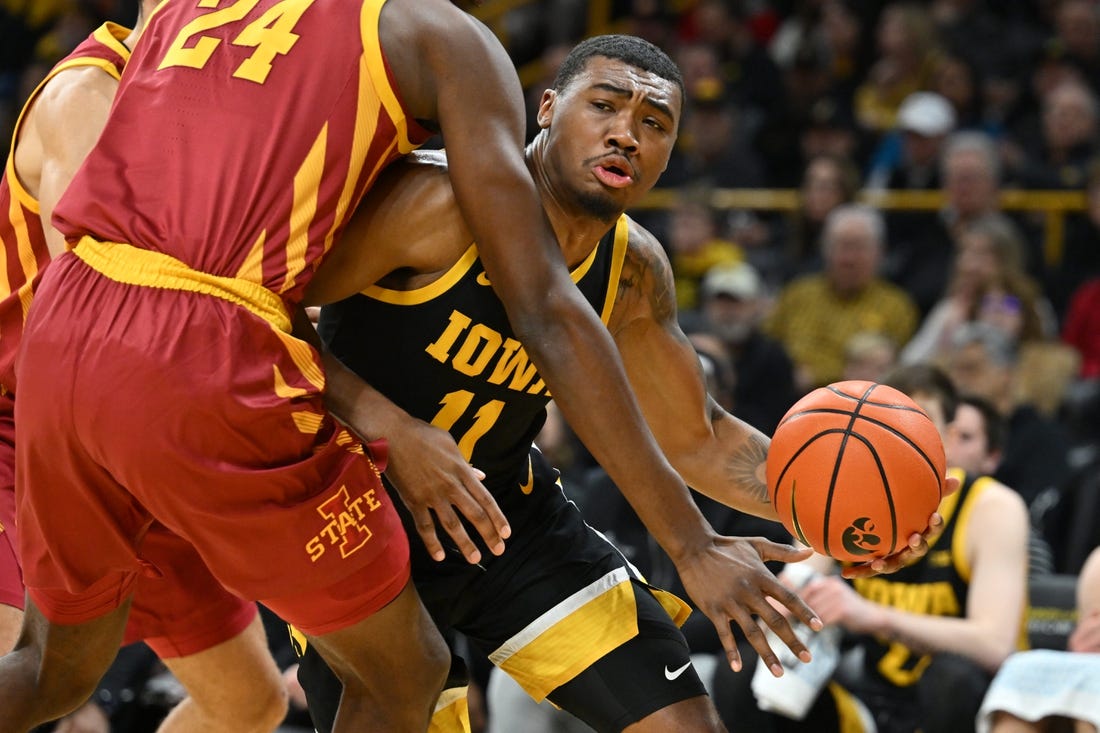 Filip Rebraca scored 22 points, grabbed 11 rebounds and blocked three shots to lead Iowa to a 75-56 win over No. 20 Iowa State in a nonconference game on Thursday at Iowa City.

Connor McCaffery scored 14 points and Patrick McCaffery added 13 points for Iowa (7-2), which has won five of its past seven meetings with Iowa State. Tony Perkins contributed 10 points and six rebounds.

Gabe Kalscheur produced a team-high 12 points off the bench for the Cyclones (7-2). Tamin Lipsey and Robert Jones each scored 11 points, with Jones adding a team-best 10 rebounds.

Iowa played without leading scorer Kris Murray, who was sidelined due to a lower-body injury sustained on Tuesday in a loss to No. 15 Duke.

However, Murray’s absence wasn’t a problem at all from the opening tip for the Hawkeyes. Iowa jumped out to a 15-0 lead in the first six minutes and held a 20-2 advantage with 12 minutes left in the first half.

The Hawkeyes built their lead in the first half to as many as 23 points before the break and eventually took a 40-20 lead into the locker room at halftime.

Instead of Iowa State making a run to start the second half, Iowa extended its lead even more, going up 64-35 with 10:32 remaining in the game.

Each team was sloppy with the basketball. Iowa committed 18 turnovers, while Iowa State had 15 giveaways.