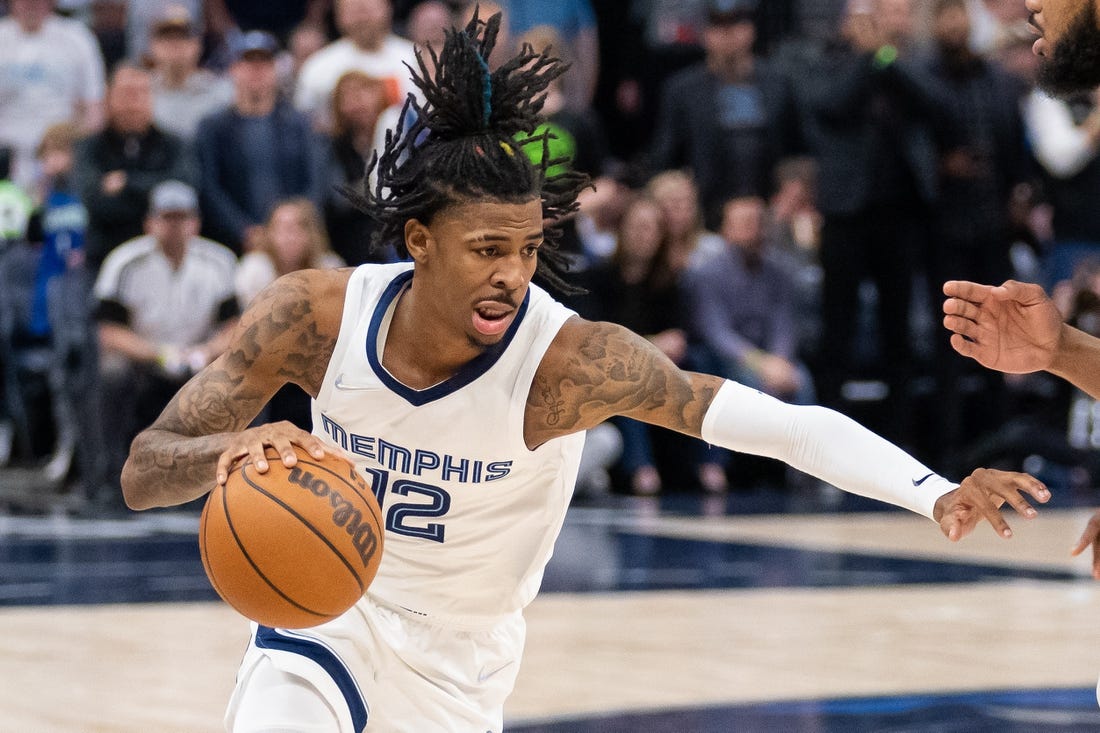 All even in their first-round Western Conference playoff series, the Memphis Grizzlies and Minnesota Timberwolves head back to Memphis for a pivotal Game 5 on Tuesday.

The Grizzlies are favored at home but the action has been split.

Karl-Anthony Towns proved instrumental in Minnesota’s turnaround. He recorded a team-high 33 points, including the victory-sealing free throws in the closing seconds, and grabbed a game-high 14 rebounds.

Reserve Jordan McLaughlin’s role in Game 4 was also central to tying the series. McLaughlin shot 4 of 4 from 3-point range and scored 16 points in 14 minutes of Saturday’s win after not playing in Game 3.

“Sometimes, you do stupid things,” Timberwolves coach Chris Finch said postgame Saturday when asked about not playing McLaughlin in Game 3.

“Every day he steps on the court he makes an impact. It’s normal, it’s routine,” Towns said of McLaughlin. “We need someone like him, someone who comes off the bench and dominates the game.”

Big contributions off the bench have been evident the past two games and figure to be vital to the eventual winner of the series. Memphis boasted a 41-22 edge in bench points in Game 3, thanks in part to Brandon Clarke’s 20.

Perhaps more significant is the scoring efficiency of Ja Morant, the Grizzlies’ regular-season leader at 27.4 points per game. Since posting 32 points in a Game 1 loss, Morant has scored less than his season average in each of the following contests and finished with just 11 points on 4-of-13 shooting Saturday.

Desmond Bane picked up the scoring load for the Grizzlies with a game-high 34 points, and Morant continued to play a part in the offense with 15 assists, marking the third consecutive game dishing at least 10.

Still, Morant’s ability to put up points for the remainder of the series could prove critical. The All-Star said following Saturday’s loss he is dealing with lingering soreness from a knee injury that sidelined him for 12 games at the end of the regular season.

Morant also expressed frustration with his inability to get to the free-throw line in Game 4. He shot a series-low three foul shots in the loss.

“Most of the times when I go to the rack, I’m getting bumps,” he said. “I just got to worry about finishing the bucket instead of worrying about the guys with stripes on.”

Finch credited Towns for “forcing (the officials) to blow the whistle, get to the free-throw line. Things that he hadn’t been doing the last couple games.”

Through the series’ first three games, Towns went to the foul line for a combined 15 attempts, including just two in Game 3.

Game 5 in Memphis has easily the highest Over/Under among Tuesday’s trio of playoff games. It is at 215.5 at both BetMGM and DraftKings. The Under has been supported by 89 percent of the handle at the former and 83 percent at the latter.