Australian rapper Iggy Azalea announces split with boyfriend, baby daddy and American rapper Playboi Carti on Instagram this weekend. The rappers have been dating from the past two years. There had been hints of a split earlier in December, but those rumors were scotched when Azalea announced her pregnancy. However, this weekend, she posted that she had split up.

On Saturday the ‘Dance Like Nobody’s Watching’ rapper posted, “You lost a real one!! People take loyalty for granted & That’s Why I’d rather be alone.” She also wrote, “What I meant last night was that I am raising my son alone and I’m not in a relationship.”

Playboi Carti (Jordan Carter), is known for hits in the mixed tape Die Lit including the platinum hit “Magnolia.” Iggy and Playboi Carti have a son Onyx. She had announced his birth in June this year. She posted a picture of her son with her for the first time, after confirming her split with Carti. She also said, “I want to keep his life private but wanted to make it clear that he is not a secret and I love him beyond words.” 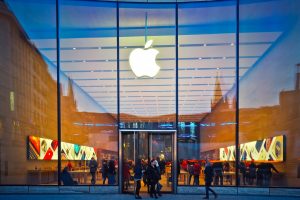