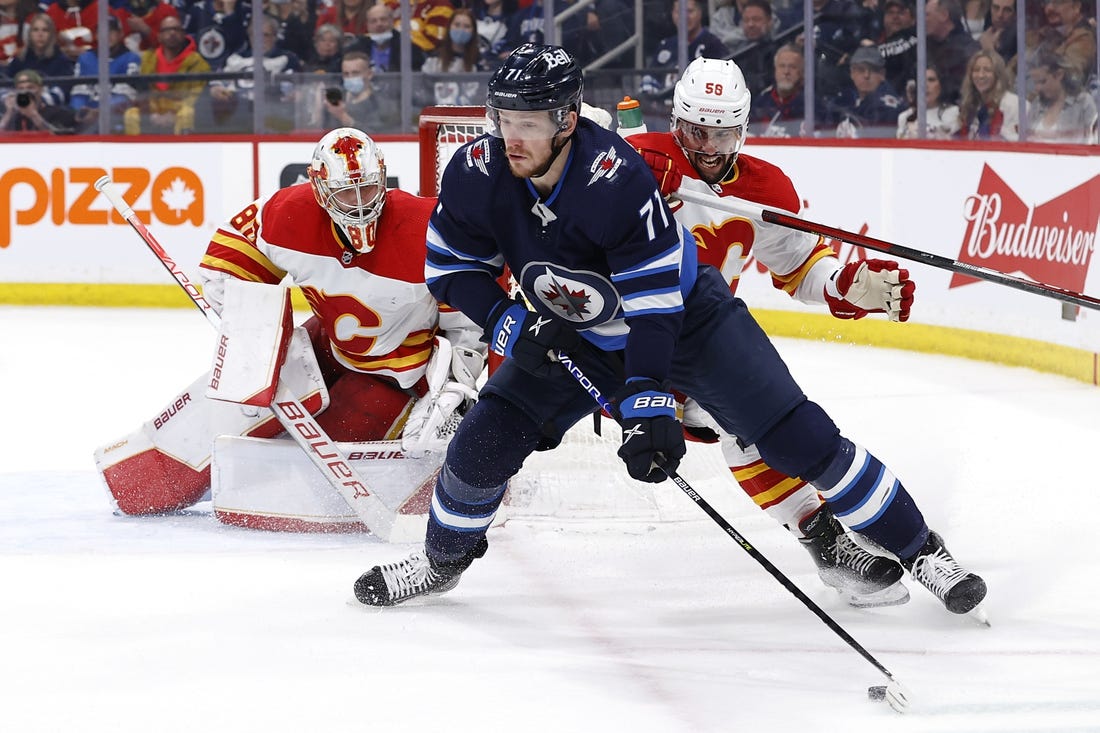 Mason Appleton scored the game-winning goal and goaltender Connor Hellebuyck continued his mastery of the Calgary Flames as the host Winnipeg Jets claimed a 3-1 victory on Friday.

Hellebuyck, who made 32 saves, has a sparkling 12-4-1 career record against the Flames.

Blake Wheeler and Brenden Dillon also scored for the Jets (38-32-11, 87 points), who go into their season finale on Sunday at home against the Seattle Kraken riding a three-game winning streak.

Matthew Tkachuk scored for the Pacific Division-champion Flames (50-21-11, 111 points), who lost only twice in regulation in their last 14 games (10-2-2) of the regular season. Goalie Dan Vladar stopped a career-high 40 shots for a team that did not rest any regulars but lacked any zip while playing three road games in four nights well after clinching their playoff spot.

Calgary, which posted the second-highest, single-season point total in franchise history, will face the Dallas Stars in the first round of the Western Conference playoffs.

Tkachuk opened the scoring at 3:19 with his 42nd goal of the season. After stealing the puck at his own blue line, Tkachuk buried his own rebound after he was thwarted on a breakaway.

The Flames scored first a league-best 54 times this season.

However, Wheeler evened the scoring with 12.1 seconds remaining in opening period. After passing the puck to Nikolaj Ehlers while on a rush, Wheeler readied for the return feed and buried a one-timer from the left circle for his 16th of the season.

Appleton converted a rebound to put Winnipeg ahead at 6:06 of the second period. Josh Morrissey’s point shot was stopped, but Appleton was on the spot to net his eighth goal of the season.

Dillon’s empty-net goal with 19.6 seconds on the clock, his third goal of the season, rounded out the scoring.