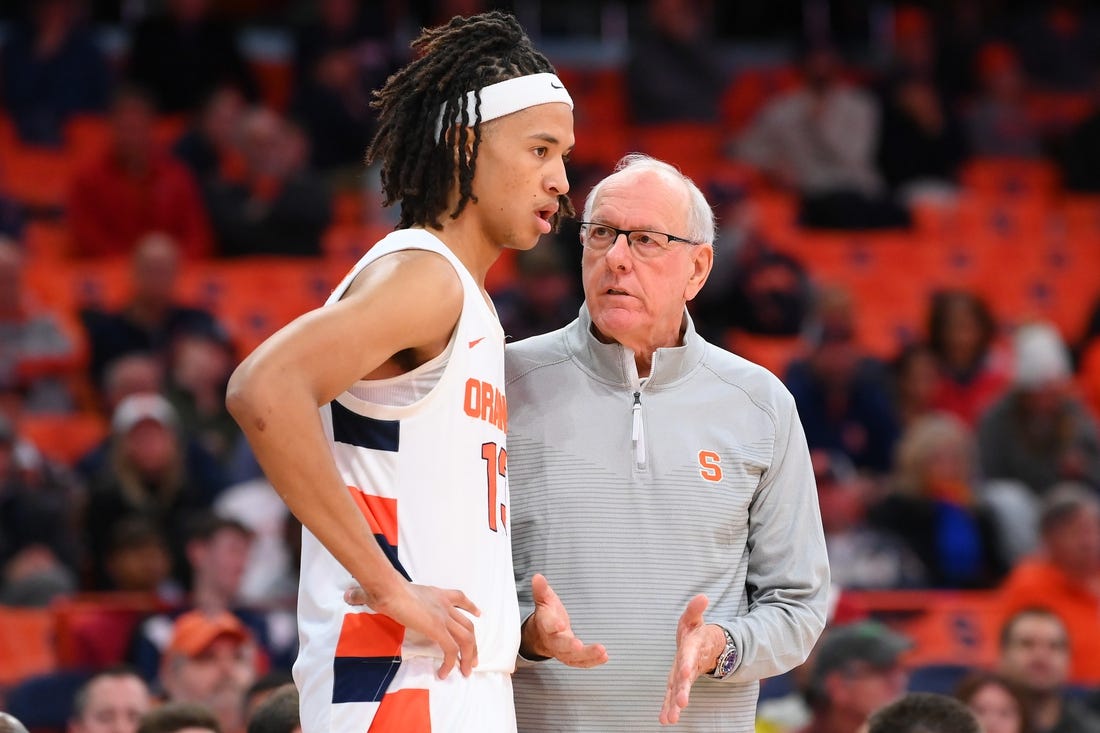 Joe Girard scored 21 points and Jesse Edwards added 19 on 8-of-10 shooting Saturday as Syracuse posted a 76-48 home victory over Northeastern to give coach Jim Boeheim his 1,000th career win, again.

Boeheim initially earned his 1,000th career victory against Virginia in 2017, but the NCAA later vacated 101 wins from the veteran coach for violations that previously took place from 2004-07 and 2010-12.

The Orange failed to capture Boeheim’s milestone victory Tuesday as they were trounced at home by Colgate 80-68. They allowed 19 3-pointers in that one, but the Syracuse defense was much stingier Saturday. The Huskies finished 8 of 32 from outside the arc and shot 32.2 percent overall, not to mention a woeful 2 of 13 from the foul line.

No player on Northeastern (0-4) scored more than Jared Turner’s seven points. Jahmyl Telfort, who came in averaging 20 points per game, was held to five points on 2-of-8 shooting.

Syracuse led 9-0 less than two minutes into the game. Mintz converted a layup on the game’s first possession before Girard knocked down a jumper and a 3-pointer and Mintz fed Edwards for an alley-oop.

Northeastern whittled its deficit to three points several times, the final one coming at 26-23 with about six minutes left in the half. However, Mintz and Edwards promptly combined for all the scoring during a 9-0 run as the hosts stretched their lead back to double digits.

The Huskies missed their final eight shots of the half as the Orange expanded their lead to 39-25 at the break. Edwards finished the first half with 13 points on 5-of-5 shooting, while Mintz and Girard each contributed 11 points in the opening 20 minutes.

The second half began with a similar theme, as Edwards and Mintz scored early in the session to stretch the lead to 18 points.

Shortly thereafter, Girard drained a 3-pointer and hit a layup for a 21-point cushion. Then he repeated that familiar pattern, converting a 3-pointer and another 2-point bucket to make it 61-37, and the Orange cruised from there.