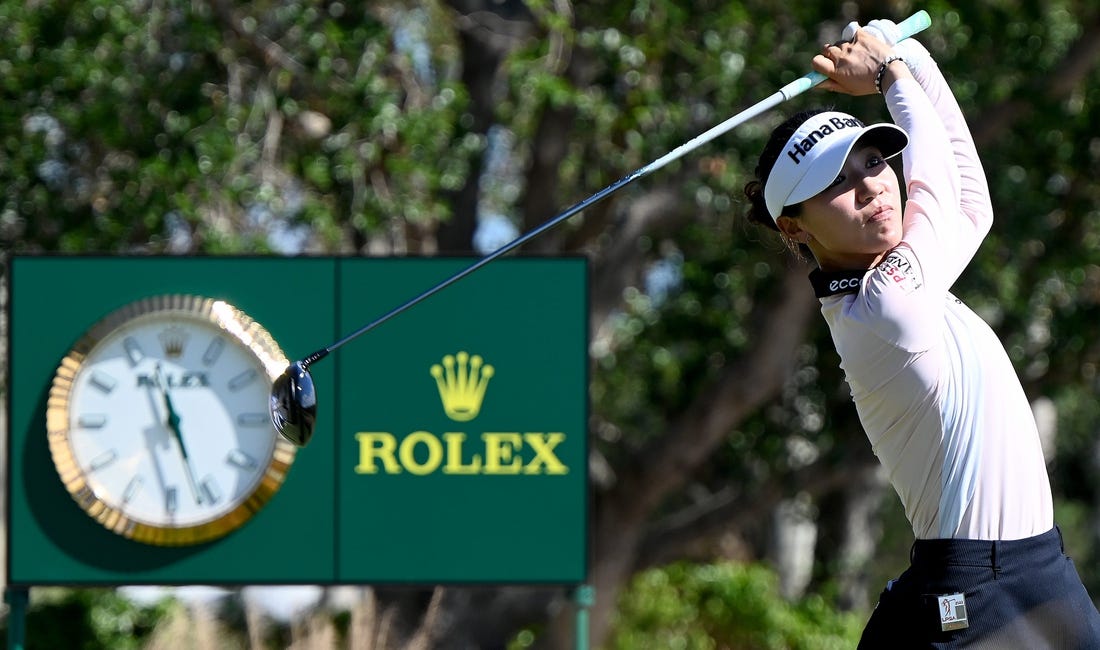 Lydia Ko of New Zealand sits atop the leaderboard at the LPGA’s season finale, the CME Group Tour Championship, after shooting a 7-under 65 on Thursday in the first round at Naples, Fla.

Ko positioned herself well to secure a number of awards she’s in the running for — the season-long points race that determines the Rolex Player of the Year, the season-long money title and the Vare Trophy for the season’s scoring champion.

Ko entered the week as one of four players mathematically eligible for Player of the Year, along with Minjee Lee of South Korea, Brooke Henderson of Canada and Atthaya Thitikul of Thailand. Ko led Lee by a point and would claim the award with a tournament victory.

“I think no matter what happens this week, you know, if things don’t go my way and I’m not holding a trophy or whatever, I may be disappointed at that exact moment, but I was able to have two wins that were very special to me, and this has been some of the most consistent golf I’ve played,” Ko said.

Her lone bogey of the day came at the par-5 first hole, leaving her shaking her head.

“I think after my bogey, I’m, like, man, I don’t know what today is going to be like,” Ko said, “but I was kind of able to kind of swing that around and then make it into a good day. There is still so much golf to be played.”

Kang continued her stellar comeback from having a tumor removed from her spine in June. She shot a bogey-free round with six birdies, four of them on the back nine.

“I’m working a lot on my short game,” Kang said. “I have a putter change this week. That’s working really well. Yeah, I was actually really happy about my round today because it’s been very stock golf, wasn’t that stressed. I mishit some shots, but I was able to save them and I had a lot of fun out there.”