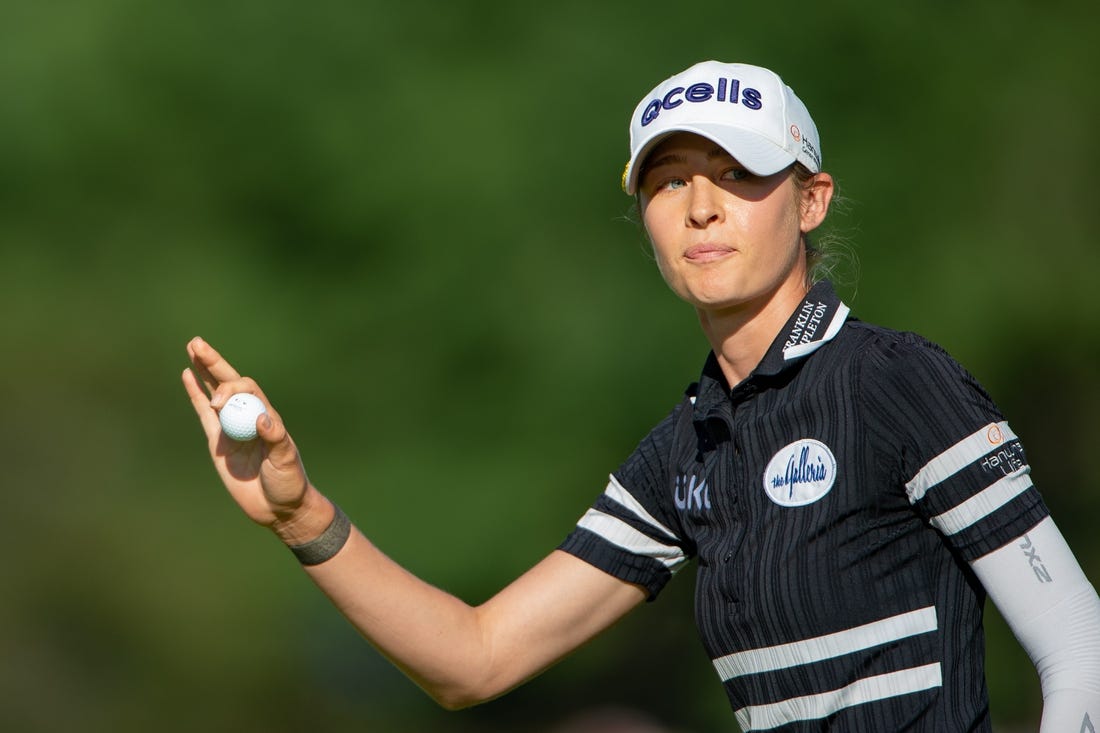 Nelly Korda shot a 6-under-par 64 to overcome a two-shot final-round deficit and repeat as champion of the Pelican Women’s Championship on Sunday at Belleair, Fla.

Korda finished at 14-under 196 to earn a one-stroke victory over Lexi Thompson (66), while Allisen Corpuz (69) finished three shots off the lead. Corpuz had a one-shot lead through two rounds after she opened with consecutive 65s.

The tournament was shortened from 72 to 54 holes after Tropical Storm Nicole forced Pelican Golf Club to stay closed Thursday.

Korda earned her eighth career LPGA victory and her first since winning the Pelican Women’s Championship last November when she finished at 17 under and won in a four-player playoff that included Thompson.

Korda is projected to return to No. 1 in the world rankings. She had to battle through a difficult 2022, which included recovering from a blood clot in a vein in her left arm.

“Honestly amazing; it’s been a tough year,” Korda said on the Gold Channel broadcast. “Lots of ups and lots of downs. Missed two cuts in Arkansas and Dallas, but kept my head high and worked really hard during my few weeks off, and feel really good to be back out.”

Korda finished off the victory despite a bogey on the 18th hole. She was 3 under on the front nine and 5 under on her round through 13 holes. She took command with birdies at Nos. 16 and 17 to earn the victory.

Corpuz’s chances started to slip away when she went 1 over on the front nine after eight pars and a bogey at No. 8. She had a birdie at the par-4 11th hole but gave that away with a bogey at No. 12 and could not make up the difference even with a pair of birdies at Nos. 16 and 17.

Morgane Metraux of Switzerland (64 Sunday), Hannah Green of Australia (65) and Gaby Lopez of Mexico (67) finished in a three-way tie for fourth place at 9 under. Lizette Salas (67), Ally Ewing (69) and Maria Fassi of Mexico (71) were tied for seventh place at 8 under.

The LPGA moves on to next week’s season-ending $7-million CME Group Tour Championship at Naples, Fla.

“I’m most excited about spending the night in my own bed tonight, and then I’ll do some laundry and drive down (Monday) hopefully fresh,” Korda said. “But right now I’m just going to soak this all up with my family, and next week is a new week, so I’m going to try to get back in shape and see how it goes.”